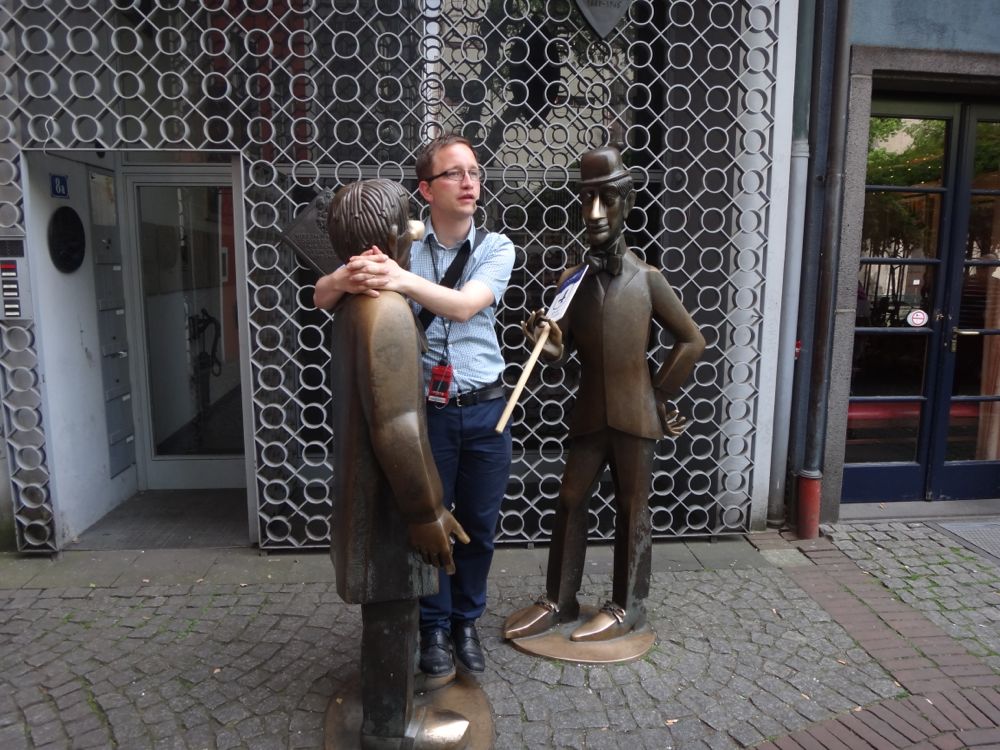 I’ve finally sobered up enough to write another post (who knew there were SO many vineyards in Germany?  Oh…..you mean everybody did?).  Our first stop was Cologne (Koln to the Germans), one of the oldest towns in Germany  (given that we’re on a boat with some of the oldest people from the US, this seemed fitting).  Roger and I are typically (and wrongly, it appears) opposed to tour guides, tour buses, tour-de-France and tours in general.  This Uniworld cruise has changed our outlook.

We dutifully donned our vox boxes (and if you haven’t experienced one on a tour, you’ll be in for the same surprise that we were… freedom!  Along with an ability to hear everything your tour guide is saying!  AND an ability to NOT hear every question that the tourists are asking!  It’s a heaven-sent device, for sure!) and lined up to meet our first tour guide.  Who turned out to be the inimitable Markus Thulin – and we’ve been spoiled ever since.

East German Markus (seen above standing on the feet of lucky Adolph, but not rubbing his nose as is necessary to insure good luck) instantly established the primacy of our sub-group of passengers by labelling all the other guides (and our fellow travelers) as ‘enemies’ (that East German tradition must die hard!) and urging us to avoid accidentally mingling as we toured the streets of Koln.  (We now, to the annoyance of every one else on board and to the confusion of subsequent tour guides, loosely use the term ‘enemies’ to describe, well, anyone who isn’t us.  Is there any other definition, really?)

Markus endeared himself further by focusing on the whimsical sites in Koln, including this gentleman: 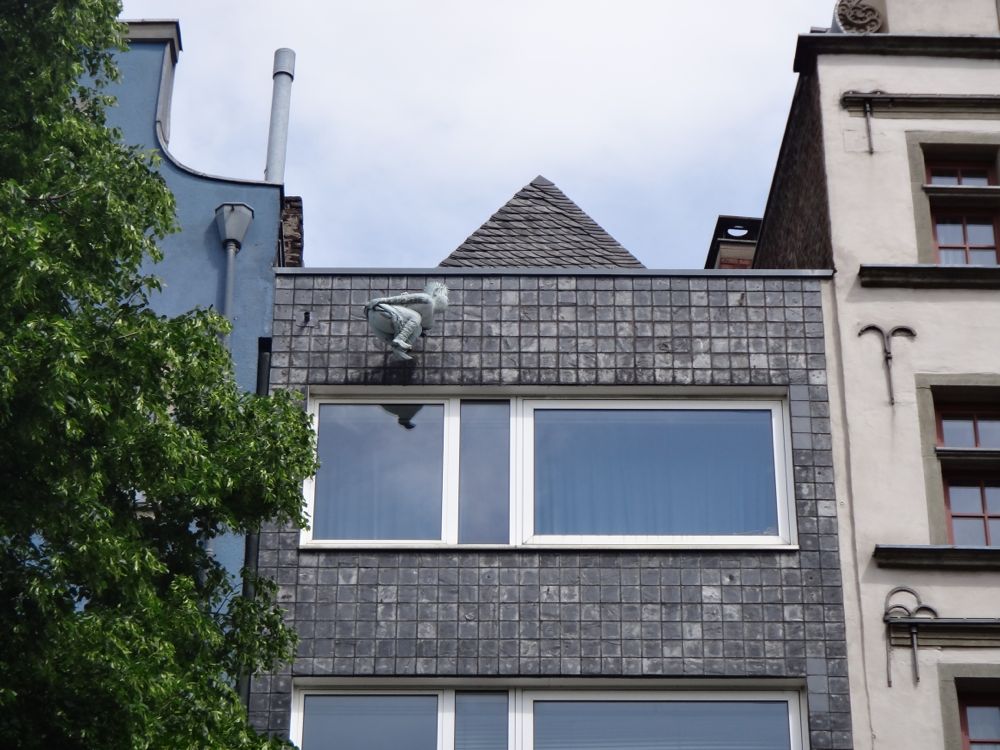 Legend has it that nearly continuous saxophone parties were happening on the first floor of this building (well, a previous much-older building that stood on this site) and the gentleman who lived upstairs was as patient as is possible when saxophones are playing nonstop below (we’ve all been there, right?) until the day he poked his ‘arse’ out the window and, so said Marcus, ‘mooned’ the partiers below.  This particular ‘mooning’ wasn’t limited to a mere visual exhibition and that is how we came to learn the word “driss”.  I’m not going to paint a picture for you.

Next, Markus took us into the Dom, Cologne’s cathedral (Kolner Dom); the most famous Gothic structure in Germany.  Construction began in 1248 and was finally completed in 1880; just like the renovation of our home in Chicago.

Inside the Dom are many treasures dating from medieval times, but, to me, the most arresting was the Tomb of the Three Kings: 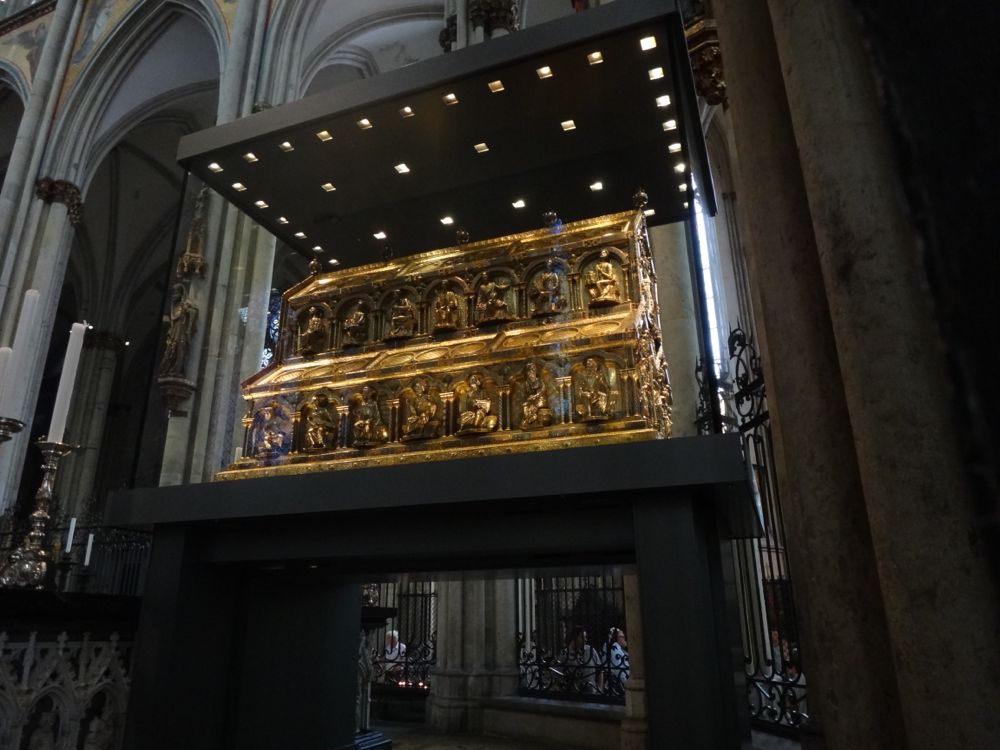 Not only were these 3 kings thoughtful enough to bring gifts to the Chist child when he was born, they apparently had enough sense to die and be buried together, thus avoiding any of the inconvenience of identifying bones or trying to find ancient gravesites.  Markus didn’t say this, but the kings probably prepaid their funerals, just to avoid all the fuss.

At the end of the day, we rejoined our enemies onboard the River Empress and continued our merry (and wet) way up the Rhine.

Pardon me while I take another sip of my wine…