After another ‘light’ dinner (fewer than 18 courses), midnight snack and groaning breakfast buffet, the captain ran the ship aground at Rudesheim. 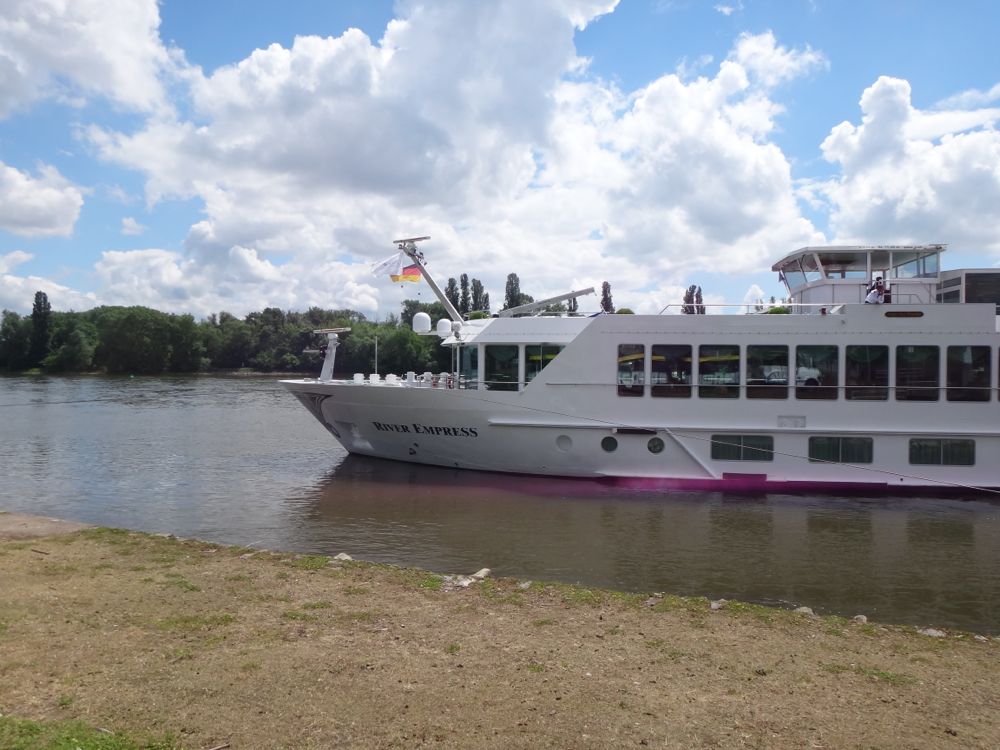 (he really didn’t.  It just looks that way.  Besides, he promised not to put me ashore again if I stopped questioning his credentials.)

Rudesheim is a picturesque village on the banks of the Rhine with a history going back to Roman times.  Our goal was the Niederwalddenkmal, a statue of Germania built to commemorate victory in the Franco-Prussian war of 1870, which brought about German unification (you know, the EARLIER unification).  To reach the Niederwalddenkmal, you’re encouraged to take a cable-car over the vineyards (or climb six zillion steps uphill).  Here’s Roger, enjoying the short trip up: 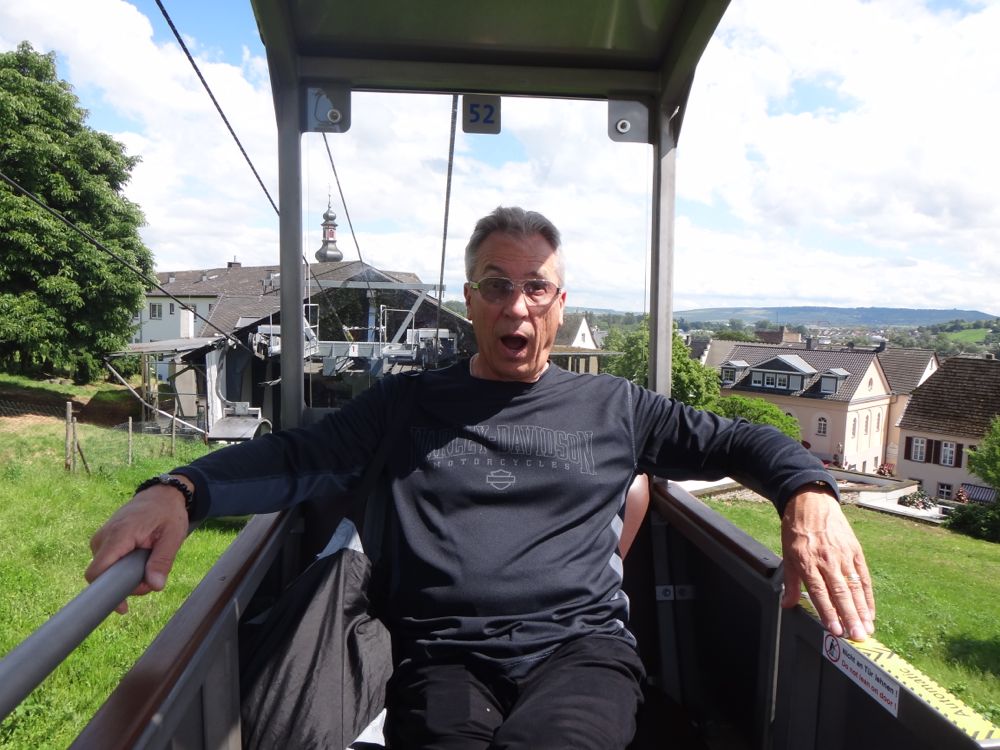 The views of the Rhine valley from the cable car were quite spectacular – vineyards as far as the eye could see.

At the very top was the Niederwalddenkmal; a surprisingly large and grandiose monument in the middle of… well, nowhere.  Our guide (who was definitely NOT Marcus) told us that the “Angel of Peace” looks across the Rhine in a gesture of conciliation.  My sensitivity to the fine German people I’ve met on this trip so far constrains me from commenting.  Or maybe the wine does.

In this valley of Rhine and wine, Rudesheim is known for the Drosselgasse, ‘a street lined with countless wine bars and shops’.  Since we had only started sampling the wines, we WERE able to count them and will be contacting “Eyewitness Travel” with an update in the very near future.  As soon as we find that slip of paper on which we wrote the number.

As we walked back to the ship, this doorway caught my eye.  It’s so typical of the romantic and beautiful cobblestoned lanes and ancient entryways that we’ve found in every little village along the Rhine and the Danube.  You can’t help but leave a little piece of your heart behind in these picture-perfect settings. 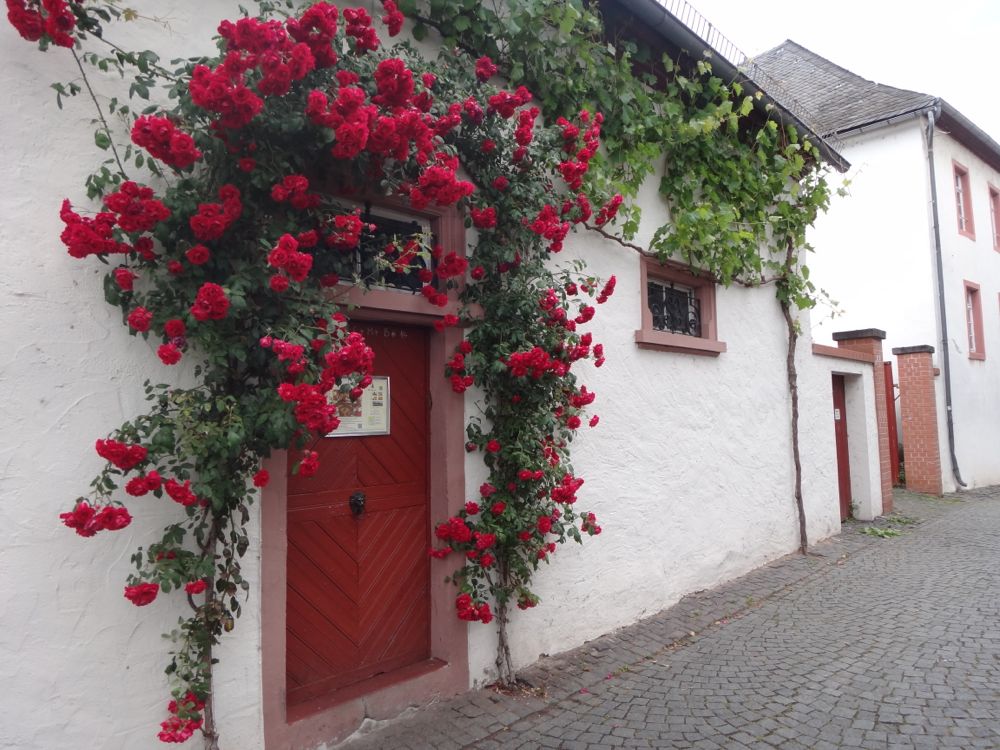