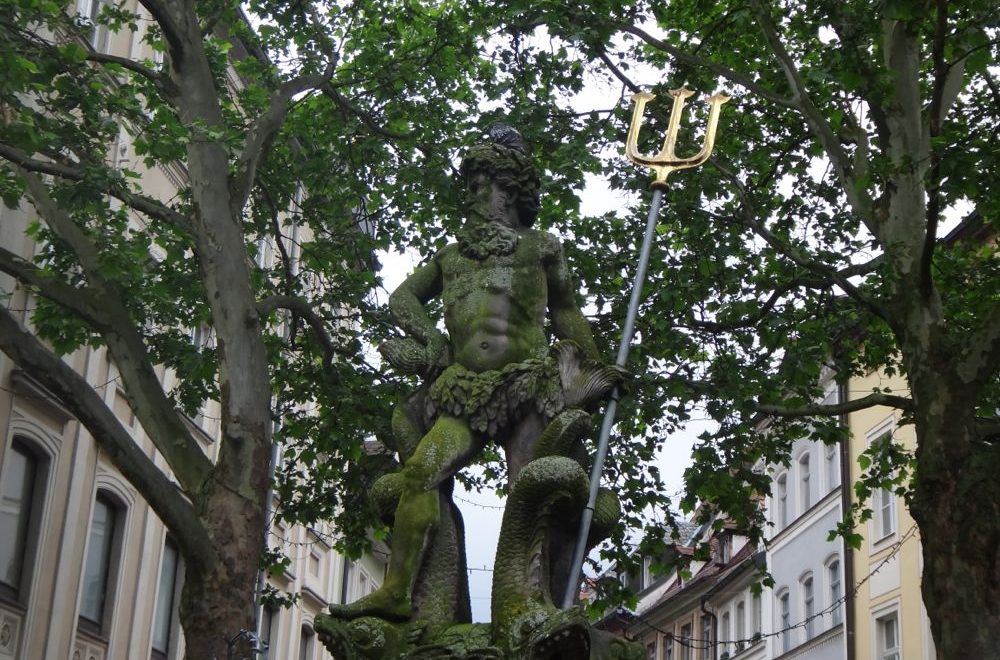 Something was in the air.  The Uniworld crew was hushed and all a-twitter at the same time.  Under intense questioning, Jan, our hotel manager, caved.  Royalty was coming aboard and joining our happy little cruise for 3 days!

Apparently, this wasn’t something that happened every day.  (Every day meaning: never.)  Jan and Claudia, our cruise director, were instructing staff and nosy passengers (us) about the correct way to address royalty.  We were told that ‘they’ wanted to keep a low profile and travel without fuss; to be ordinary tourists during a brief respite from royal duties.  It was suggested we not stare.  In fact, we were to act as if nothing unusual was happening.  I instantly set about to find some construction paper and glue to make tiaras for our traveling group so that the royals would feel right at home.  Jan considered locking me in our stateroom.

Some of us were on a land excursion when the royals arrived.  Which meant we missed the ‘under the radar’ prince introducing himself to the assembled masses in the lounge.  So much for traveling incognito.  Seems we were traveling with His Highness, Alois-Konstantin, Prince of Lowenstein-Wertheim-Rosenburg and his wife, the Princess Anastasia of Prussia.  What’s not to love about those titles?  Since we were absent for the official introduction, we found ourselves craning our necks all through dinner trying to catch a glimpse of the royal couple.  Nada.

The next morning, I nearly ran the prince over on my way to the feeding trough (oops – I mean: breakfast).  How did I know it was him, you may ask?  The cashmere sport coat, vest and Hermes tie were my first clue.  (I was wearing yoga pants and an oversized workout shirt.  Nice.)  He stopped (involuntarily) and observed:  “You match.”  (In addition to the yoga pants, I had on a pair of white sneakers trimmed in magenta AND a magenta Sony camera in my hand.)  I’m sure I said something very clever in response as I tripped over my feet and nearly fell into a huge bowl of yogurt.  I’m quite good at first impressions.

We spent most of the morning in Bamberg,  a Bavarian town nestled amongst seven hills with an exceptional artistic heritage and nine (!) breweries.  A short bus ride brought us to its famous fountain of Neptune, known locally as The Fork Guy (I don’t make this stuff up!), where we chose the guide we’d be following around for the next 2 hours.  Constantin, a slim, unassuming student with an easy smile, beautiful English and a head of the softest curls, looked like a good choice.  We set off walking towards the cathedral when we suddenly realized we had an interloper with us – it seems Prince Lowenstein was serious about being an ordinary tourist.  Constantin steered us around town, stopping at many visually arresting sites and attempting, without success, to answer the unusual questions being posed to him, in English, by the well-dressed gentleman with the German accent.  You could see the confusion on the poor kid’s face.  We later learned that he almost asked the prince to leave the group because he thought we were being dogged by a nosy local.

Having a prince along on a historic walk in his own country is a very useful thing.  I probably don’t need to tell you that.  Constantine would tell us the historical facts and the prince would flesh out the picture with his extensive knowledge of German history and then add personal anecdotes.  I felt badly for the other 3 groups from our ship who weren’t on the Prince 2014 Tour.  They were missing a once-in-a-lifetime experience.

As the tour wound down, a small group of us decided to return to one of the oldest breweries, the Schlenkerla, for our usual 11AM stein of beer.  (Again, I don’t make this stuff up.)  Being a good sport, and a great Bavarian, the prince joined us.  At which point we also found out that he was a terrific storyteller.  Quickie quiz:  Guess which one is the prince in this picture?

In the afternoon, as the ship sailed through numerous locks, we had a choice to make:  nap/read in our stateroom, workout in the gym, power walk the upper deck or drink and socialize in the lounge.  We chose #2, but we went to the lounge instead.  We hadn’t yet seen the princess (and I really, really had to convince Roger that the royals didn’t need to know that HE calls me ‘princess’) and were very curious about the granddaughter of Kaiser Wilhelm, descendant of Queen Victoria, and lucky lady who was married to the charming and dashing Bavarian prince.  Princess Anastasia made an appearance about tea-time and we joined them for an afternoon tipple (their beverage of choice:  white wine from their own vineyards, specially procured for their visit.  Nice touch.  I’m hoping they weren’t longing for a Coke Zero.)

I can happily report that the princess was an absolute hoot.  So very proper in so many ways and yet absolutely ready to ‘dish’ as we compared notes over dinner about our husbands, grandchildren, packing and travel.  They were debarking the next morning because they ‘had a theater opening to attend’.  When I innocently asked ‘which theater’?, the princess looked down, paused a beat and said: ‘well, it’s an annual event we have in our Orangerie.  I do hope it doesn’t rain.’ 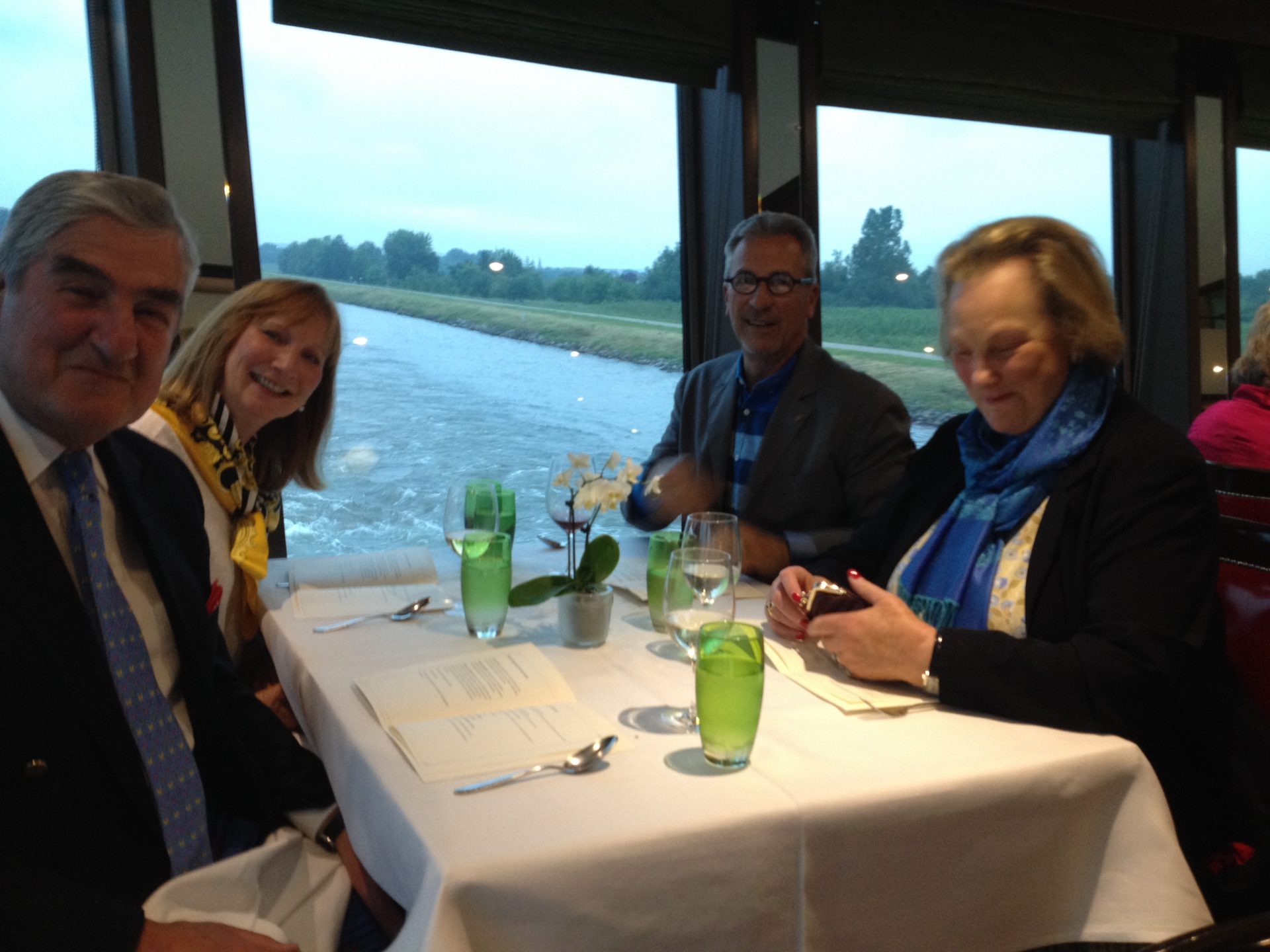