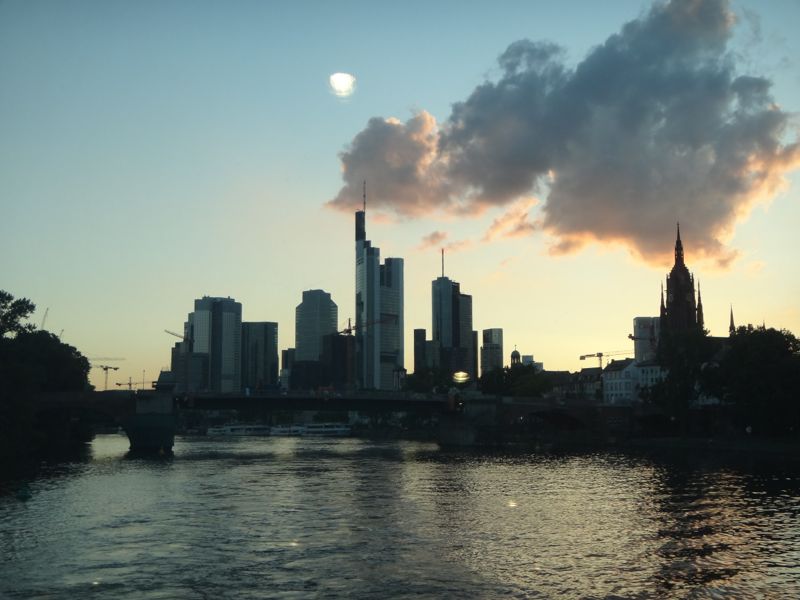 On day 3 of our European Jewels adventure, just as we were settling in to the slow and comfortable pace of river cruising, we suddenly found ourselves on dry land with a small bicycle and told to pedal 25km upstream, where, with any luck, we’d meet the ship again.  If we pedalled fast.

The German and Dutch management teams of the Uniworld Cruise Line wholly support the idea of keeping passsengers fit while at the same time feeding us as if our livers were going to be made into fois gras at river’s end.  (If you’re thinking of a European river cruise, don’t get hysterical – the fitness part is completely optional.  The feeding, however,  is not.  Or so we told ourselves.)  With our health in mind, we were offered the chance to ride alongside the ship (which quickly disappeared from view) and burn about 27 of the 5400 calories we’re eating each day.  A few of us rose to the challenge.

See how innocent and trusting we look?  This was before we learned that our guides (and ‘pace bikes’) were two young German men who had not only competed, but placed, in the International Strong Man competition.  (You know – one of those crazy events where you pull a truck uphill with your teeth or don tunics made of barbed wire and then hug.)  At this point, we were too proud to back out, so off we went.  Along with these other trusting souls:

It wasn’t too bad at first:  long, lazy stretches of river bank with only a horse here, a cow there and a German fisherman providing local color.  Then, two things slowly dawned:  one: ALL of our worldly travel possessions were on a ship that we could no longer see and two: upstream also means uphill.   Yes, yes – only slightly.  Only slightly for 25 kilometers.  Stefan and Oliver, strongmen in whose care we’d been entrusted, chuckled.

At the halfway point, a town was hosting a Medieval Fayre.  It gave us a chance to get off our bikes and act interested in something other than ‘where are our passports right now?’.  In a few hours, the fayre would be hopping, but we had a ship to catch!

Stefan and Oliver set a lively pace (if  your understanding of ‘lively’ corresponds to your maximum heart rate) and, much to our astonishment, we were ahead of the ship at our second stopping point:

Our tiny lead disappeared, though, when we crossed a precarious railroad trestle that clearly was not made for walkers, much less bikers, and found our exit permanently blocked.  We considered turning back, but there was no other bridge across the river – meaning no way to get to the ship again.  In our eagerness to get off that rickety bridge, we were now bunched up like you shouldn’t let your proverbials get and hemmed in by tall fences with metal locks and chains.  You could almost feel the mob mentality start to kick in.  Then, the strongmen triumphed!  They lifted each and every bike over the high fence as we scaled our way around a utility shed – and united us, man, woman and bike at a nearby beer garden.

After the usual  measly German stein of beer (“what passport??”), we rejoined the ship and there, over more beer, shared tales of this day of adventure with our relaxed and bemused fellow passengers.  Who had probably gone through all our things while we pedalled furiously to see them again.