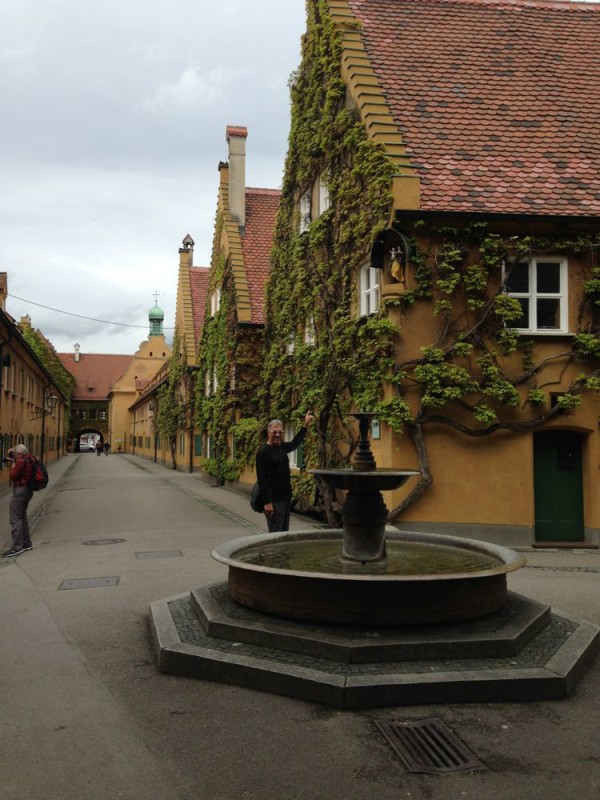 Public housing projects are not usually on a tourist’s itinerary, but when we heard the story of The Fuggerei, we found it irresistible.  Jakob Fugger the Rich (as he’s officially known), banker to the Popes and the Hapsburgs in the 16th century, (oh, THAT’S why he was rich!) built a settlement for needy citizens of Augsburg (Germany) in 1521.   Except for a small bombing interruption in the 1940s, the settlement has been continuously occupied and still charges the same annual rent as it did in 1521 – the value of one Rhine guilder (equal to about 88 cents today) AND a requirement to say 3 prayers eah day (one MUST be the Ave Maria) for Jakob and his descendants.

Each apartment has its own entrance from the outside, assuring the residents of their privacy and independence – and avoiding the appearance of poverty.

Jakob’s motto was:  “Make the most of your time”.  (Heaven knows he wasn’t hopscotching around Europe and writing the 16th century equivalent of a travel blog….)