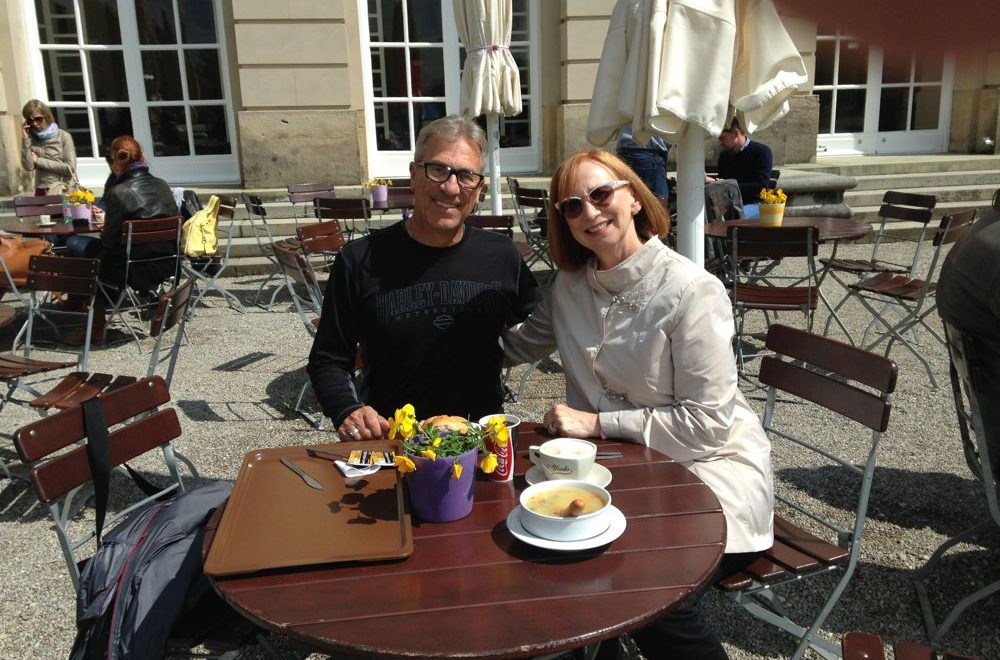 When it comes to deranged despots, it’s hard to beat Germany’s history.  One of my personal faves is Mad King Ludwig II of Bavaria (he of Castle Neuschwanstein fame).  He wasn’t actually much of a despot, but blowing a country’s entire treasury to build a collection of fantasy homes surely qualifies as some kind of derangement.  (Those of you who are pointing a finger at me right now should just stop it!)  So, when our friends, Kevin & Jill Cooper of Henley-on-Thames, suggested we see one of Ludwig’s less-visited, still unfinished palaces, we dialed up the GPS and headed to Chiemsee for the boat ride to Herreninsel – the island home of Ludwig’s last stand.

Now, everyone is allowed to have their crushes.  Some of us adore Julia Child (hi Raisin & Fig!), others (well, me) can’t get enough Barbra.  Ludwig was all about King Louis XIV of France.  If Louis hadn’t been long dead, Ludwig would surely have tossed his crown in the ring to be Louis’ queen; instead he had to content himself by recreating Versailles, down to every last detail and his last penny, on his Bavarian fantasy island.

If the twenty finished rooms (out of 70 planned) are any indication, his obsession was spectacular.  This place was his ‘gilty’ (sic) pleasure.  Since photos are banned (because we’re going to try to recreate this monstrosity ourselves?), you’re going to have to trust me on this.

I think we can agree that just because someone copies another’s coveted possession, they aren’t necessarily mad, right?  But, Ludwig had another preoccupation:  he hated to be seen eating.  So, his palace, unlike Versailles, had a nifty invention:  an elevator table.   His dining table would be lowered to the kitchen (through a big hole in the floor of his dining room) where his staff would lavishly dress it, fill it with food and send it back up to the waiting king.  Does this seem like the stuff of crazy?  (Maybe he was just a messy eater?) 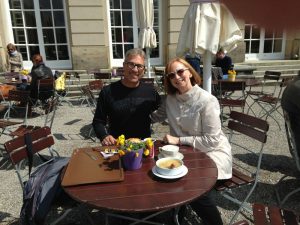 All this talk of food made us hungry, so we retired to the palace cafe for a bite of lunch.  The food wasn’t historically accurate, but the menu listed a kartoffel (potato) soup with sausage and it sounded delicious on a chilly afternoon.  When the waiter delivered it, King Ludwig’s aversion to eating in front of others became understandable.  I couldn’t eat for laughing…. 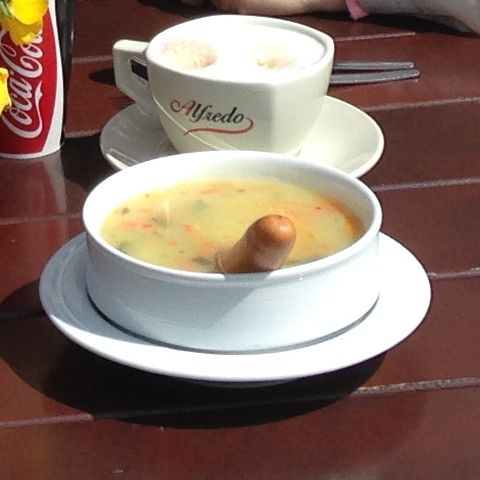