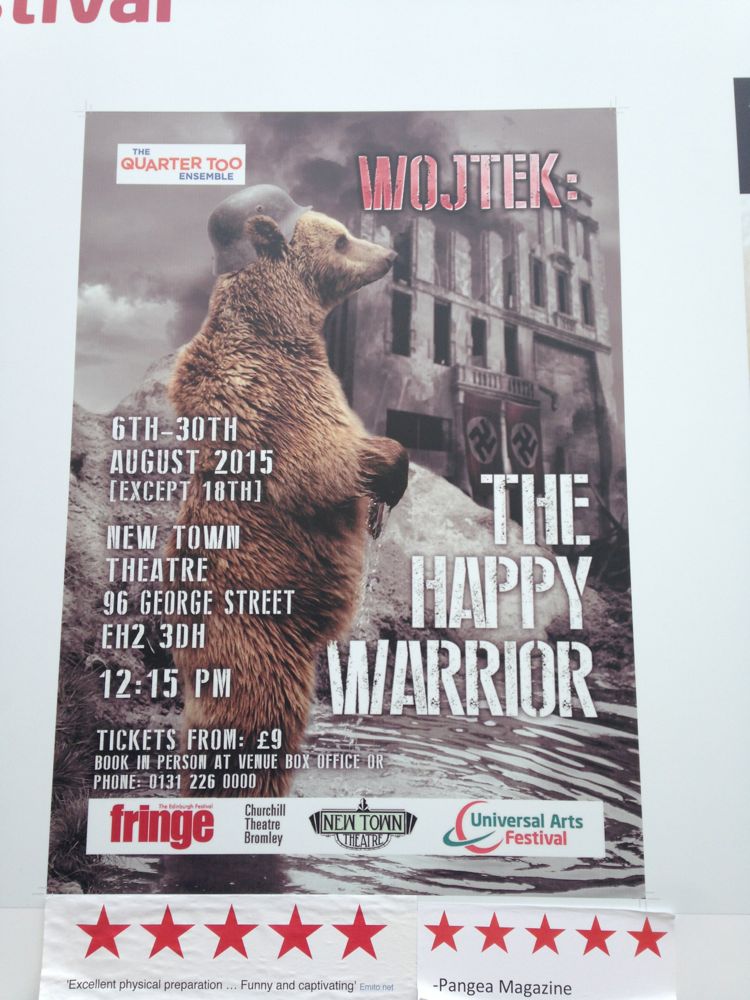 Sitting at the top of a dormant volcano in the very heart of the city, Edinburgh Castle dominates the skyline in this vibrant Scottish capital.   500,000 people live in this, the 4th most beautiful city in the world (according to the readers of the Rough Guide – a trustworthy travel companion).  While the city may be beautiful, the weather leaves a bit to be desired.  As Dr. Johnson noted during his travels to Scotland in 1775 “the weather is not pleasing”.  (He was a master of the understatement!)  But more on that later….

We planned OUR trip to Edinburgh (with friends Tom and Libby) because we’ve always wanted to see the Royal Tattoo.  (And, no, it is not the little “King Charles?  NFW ”  that the Queen has inked on her bum.)  I planned MY trip because I’ve always wanted to attend the Edinburgh Fringe Festival, the world’s largest arts festival, with the 2015 event spanning 25 days and featuring over 3,193 shows from 51 countries in 299 venues.  I wanted to see them all.  I was unsuccessful.

The Fringe story dates back to 1947, when eight theatre groups turned up uninvited to perform at the (then newly formed) Edinburgh International Festival, an initiative created to celebrate and enrich European cultural life after the Second World War. Not being part of the official programme of the International Festival didn’t stop these performers – they just went ahead and staged their shows on the ‘Fringe of the Festival’ anyway – coining the phrase and the name ‘(Edinburgh) Festival Fringe’.   It’s grown like wildfire every year since as you can see from my stats, above.

The performances spill out into the street as the authors, musicians and performers try their creative best to encourage people to attend their events.  From a ghost asking if we were dead yet (how would we know?) to a guy rushing past muttering ‘a total waste of time!’ (as flyers promoting  “A Total Waste of Time” fluttered in his wake), walking the streets of Edinburgh provided endless street theater.

Among the zillion performances, (and the five I actually saw), two Polish programs were my favorites.  The first was a life-sized puppet circus, with animals that ran amok during the performance.  It was charming and sweet (and a little bit scary!)

One that I wish I could share with the world was “Wojtek”, the true story of a bear who was adopted by a Polish artillery brigade during WWII.  The beer-drinking, dancing, wrestling bear learned to carry artillery to the front and found his way to England at the end of the war along with the displaced soldiers in his brigade.  There was no home in Poland for any of them (including Wojtek) to return to.  It was a powerful and powerfully acted 60 minutes.  (Click Wojtek to learn more. And please DO watch the video.)

The night of the Tattoo, the weather was cold and rainy and windy (surprise!).  Not to worry as we sat high in the bleachers at the TOP OF THAT VOLCANO, where nary a tree, a wall, a stout Scottsman blocked the gale that blew.  We layered everything that we’d packed – and we were still chilly – but the spectacle of the Tattoo (and the chance to root for the US Air Foce and The Citadel (both present and performing) kept us warm.  If you’ve not harbored a life-long dream to attend the Tattoo in person,  these pictures should do you nicely.

Next time:  To avoid retirement,  Rog takes a job at Edinburgh Castle. 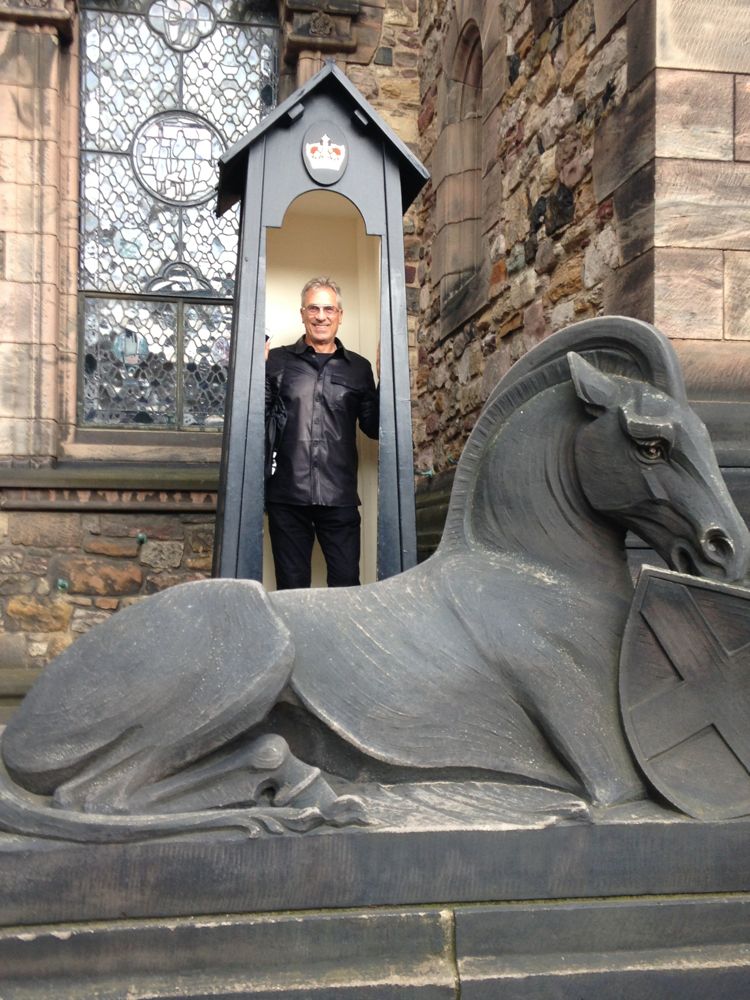