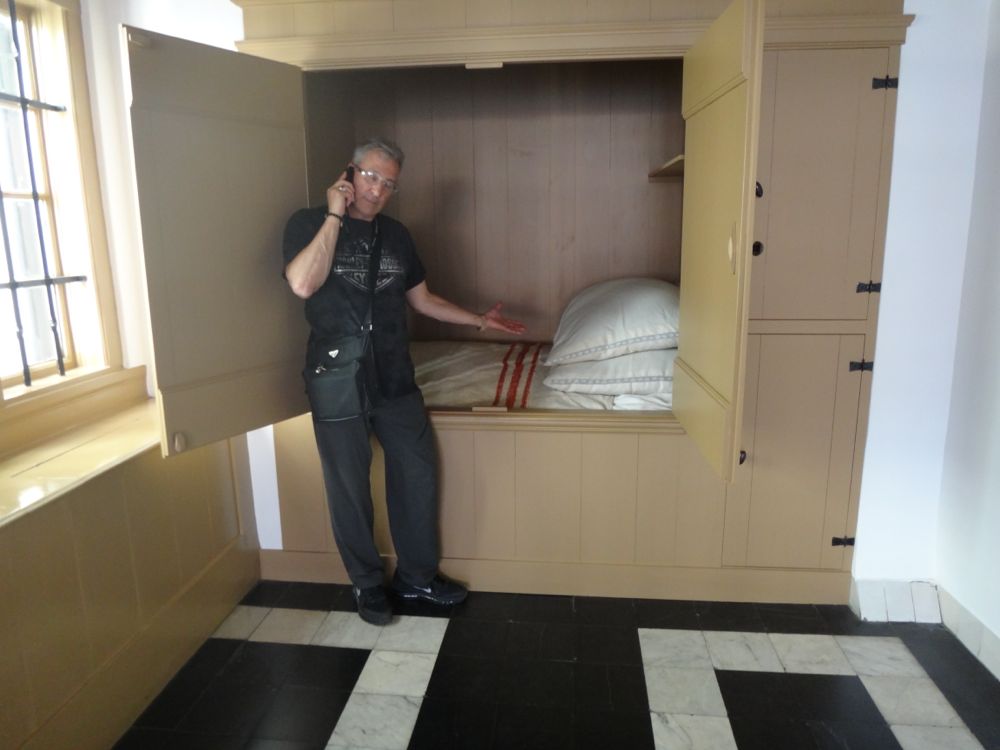 No trip to Amsterdam is complete without a visit to The Rijskmuseum, the Dutch National Museum of Art. 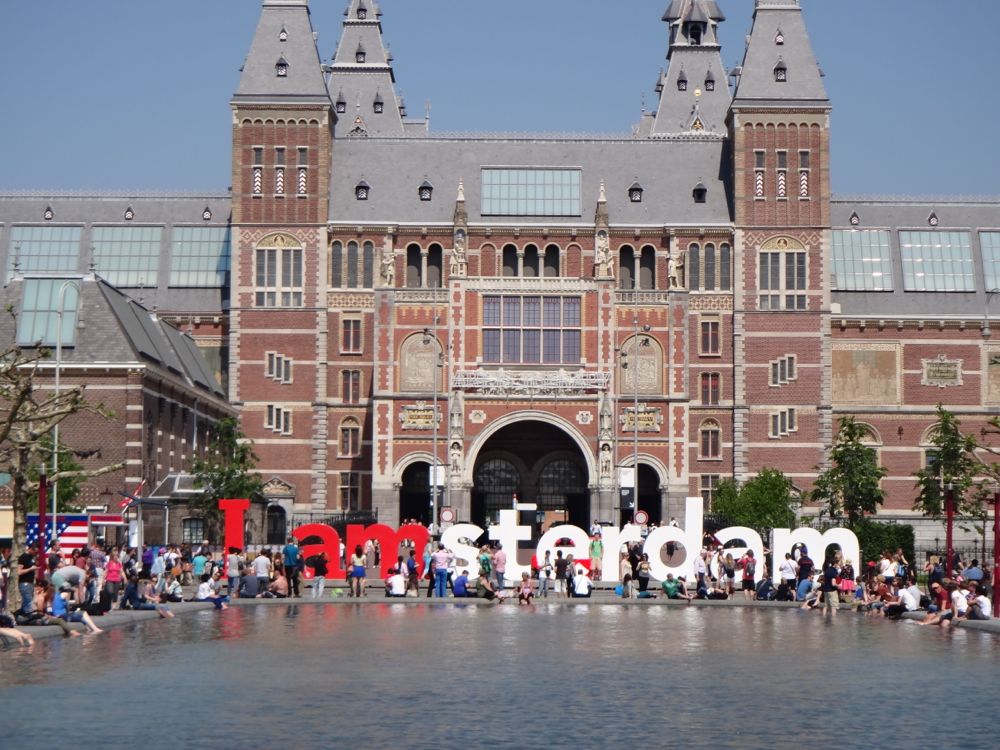 And no trip to the Rijskmuseum is complete without a visit to the hall housing “The Night Watch”, one of Rembrandt’s masterpieces and a national treasure. 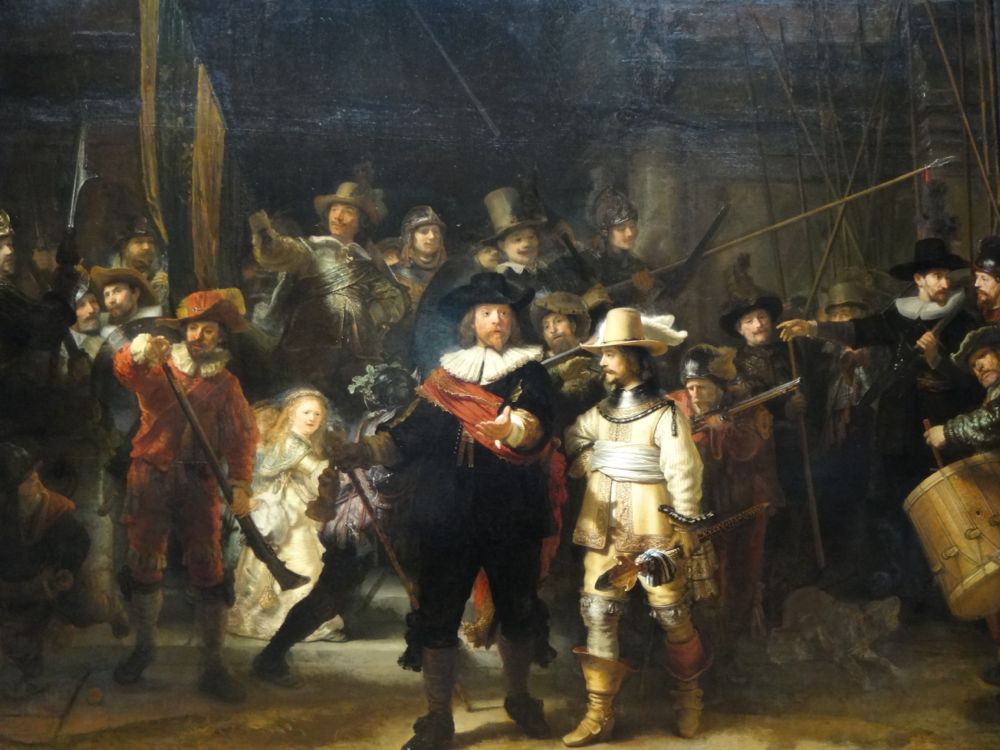 Interestingly, the painting’s real title: “Militia Company of District II under the Command of Captain Frans Banninck Cocq” came to be known as “The Night Watch” because it was so very dark and looked as if Captain Cocq was dispatching his men on a night mission.  Turns out, after the painting was cleaned a few decades back, it was clearly a daytime scene with the sun illuminating the central characters.  This painting is so beloved by the Dutch, that they created a 3 dimensional version of it in a square across town.

Nearby is a house that Rembrandt inhabited for nearly 20 years, before he became bankrupt.  This view of his studio may explain his rather rapid downfall: 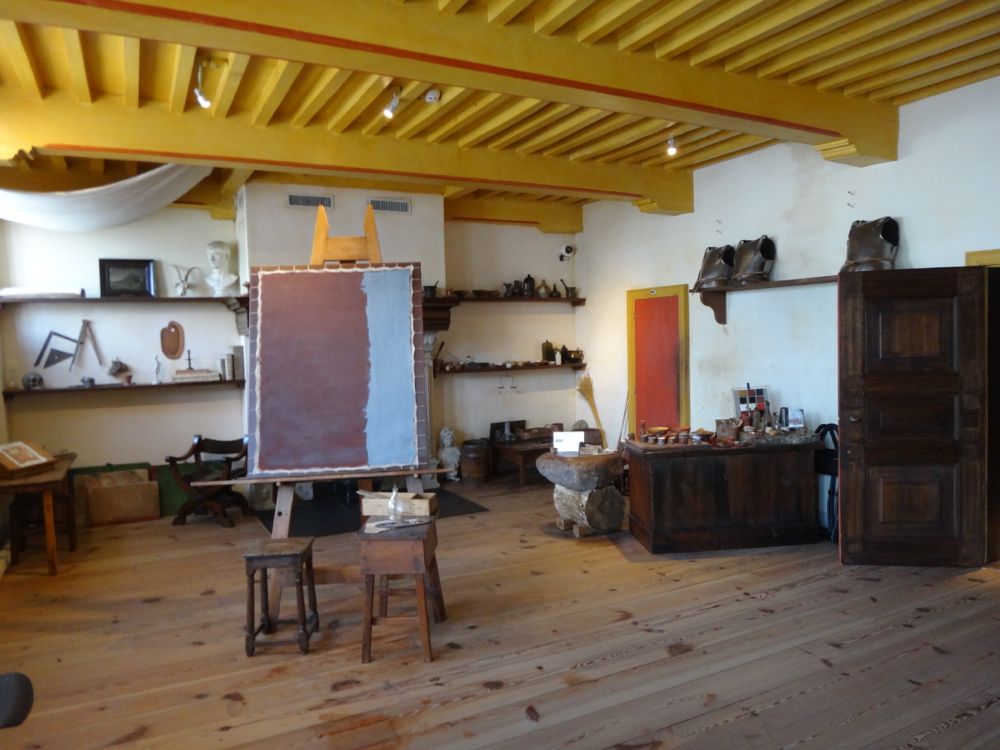 Perhaps, if he’d stuck to his beautifully lit portraits and landscapes instead of attempting an early Rothko, he would have died solvent. (I really have no notion of what’s on the easel.  But I did learn something about those tiny beds that we see in 16th and 17th century homes, like this one (in a bed cabinet)

According to our guide, it wasn’t that people were significantly shorter, it was that they slept partially sitting up for fear blood would pool in their heads and they would die.  I googled this notion and learned an even greater lesson:  never trust a tour guide.)