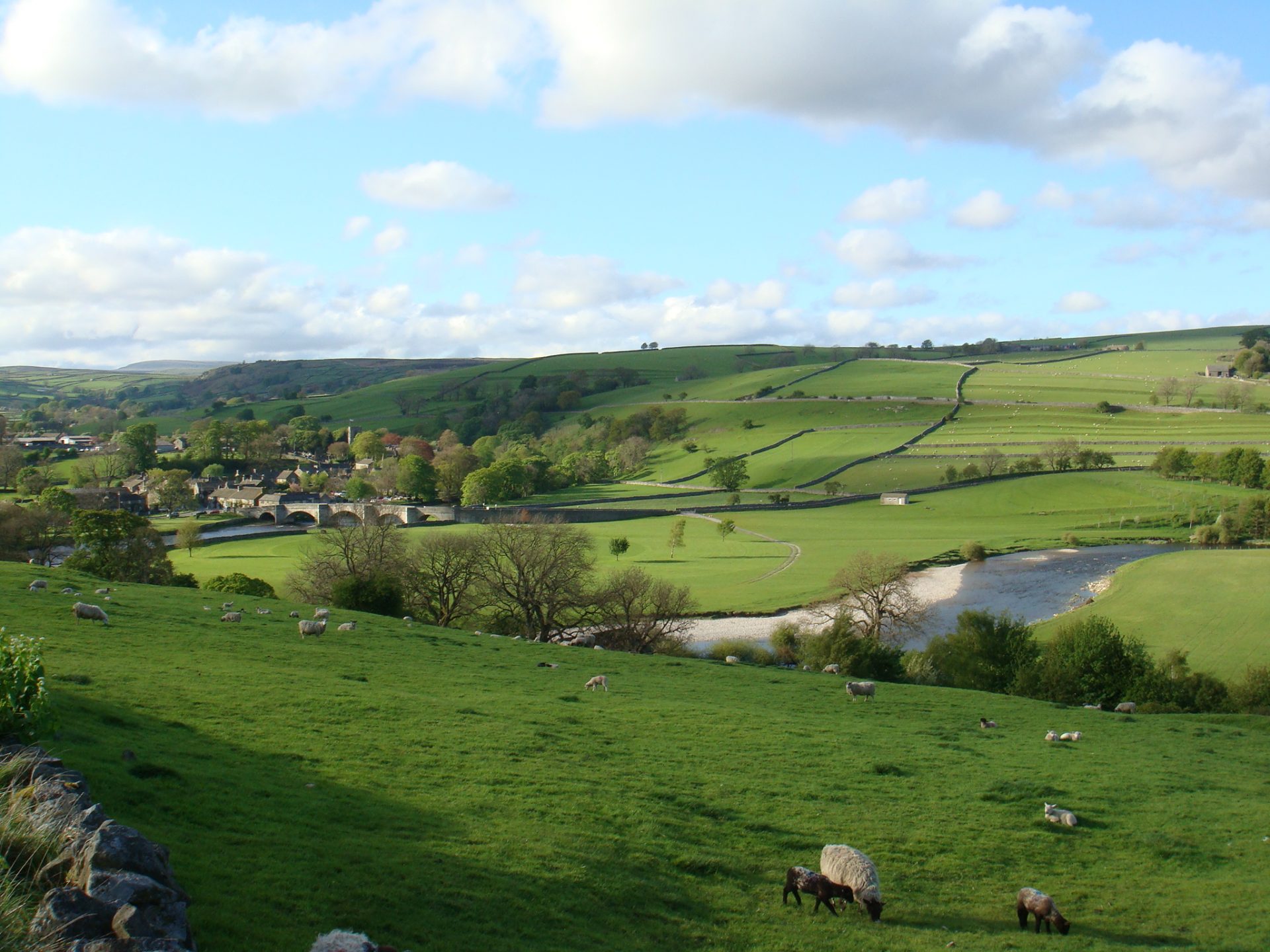 “[T]o the Pennine man, the moors are as sacred in their nakedness as the prairies are to the American… their very bareness seems to answer to something in his nature.”

Well, something not requiring a bison, apparently.

We’re in the Yorkshire Dales, (the Pennines), another bucolic, overly scenic English landscape – in the north of the country.  If you come in May, as we did, pack your woolies for you will assuredly be cold.  Don’t let the occasionally sunny, springy, lamb-dotted Dales fool you; this is also the land of stark heathered moors, gale force winds, dark manor houses and diabolical characters such as Heathcliff.  (You remember the Bronte sisters and their novels:  “Wuthering Heights”, “Jane Eyre” and “Is It Always This Wet and Windswept Here?”)  We’re staying in the tiny, nearly perpendicular village of Haworth:  a charming town if you like grey.  It’s home to the Bronte Parsonage, where the family enjoyed the lifestyles of the mid-1800’s.   Between the ever-blowing wind, the piercing cold and the nearly vertical, cobbled streets, I understand why those sisters stayed at home near the fire and penned endless tales.

This countryside is awash in ruined abbeys and haunted castles.  Their ghostly silhouettes, shrouded in fog, tell stories of religious rebellions and monks run amok.  Well, actually, there’s usually a very chatty guide at each ruin and he will tell you those stories and more and make murder, mayhem and deprivation sound quite charming.

Leading you to believe, for instance, that bathing only 4 times per year, having your blood let to the point of unconsciousness and eating the same 2 foods for weeks at a time could be character building, if not downright fun!  Being taken prisoner and kept in one of these lonely fortresses could be the highlight of one’s year  (See: Mary, Queen of Scots.)

Speaking of chatty guides, we love the English; they’re delightful to converse with, their regional accents are lyrical although, at times, confounding; the ‘stiff-upper-lip’ stereotype rings true but is undercut with a mischievous torrent of humor.  How else to explain villages with names like Blubberhouses, Gigglesworth, Roger Studley (we’d like to know more about him!) and Dirt Pot.  Not to mention menu items such as Bubble and Squeak, or Bangers and Mash. (And despite what you’ve heard, English food is seriously delicious.  Our bathroom scale tells us so.)   Next week:  On to the continent!

(added note:  we were intrigued by the two-storey ‘necessarium’ at Fountains Abbey.  We’ll leave it up to you to determine what that building housed!)