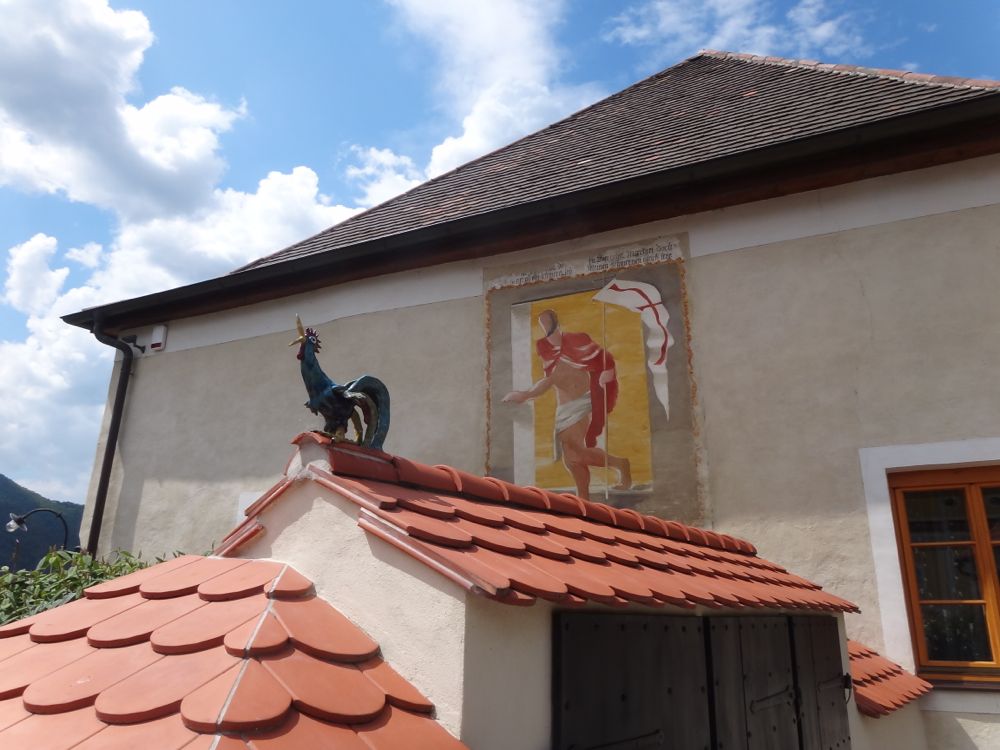 The little Austrian villages along the Danube were nuggets of charm.  Every bend in the river revealed another fairy-tale vista; I wanted to drag an anchor behind the ship just to slow us down.  We’re now two days from the end of the cruise and the easy pace we’ve grown to love is now mixing uncomfortably with a desire to frantically drink in (or maybe even tatoo) every last image as we rush from starboard to port, shutters clicking, so as not to miss a thing.  Our final two stops, Vienna and Budapest loom large;  bucolic will soon be giving way to bustle..  Which is why you’re now being subjected to far too many photos from this stretch of the river.

The timbre of the day was set as we sailed past magnificent Melk Abbey, serving Benedictines since 1089.   Edifices such as this dotted the banks for the next three hours along with hillside vineyards, clifftop castles,  little inns with riverside dining,  and tiny towns served by even tinier car ferries (no bridges).

We docked at Weissenkirchen (or ‘white church’) in the Wachau river valley which is famous for its delicious reisling wines.  The church that you see in the photo at the top of this post was begun in the 14th century and then added to in the 1500s to increase its ‘fortificationness’ (a word I just made up).  Apparently some medieval Turks were lusting after this luscious river valley and its fertile hills.  You can judge their success in gaining this land by how many famous Turkish wines you now drink.  (Don’t get your fez all in a knot, Turkey.  We know you make and sell some wine.  Somewhere.) 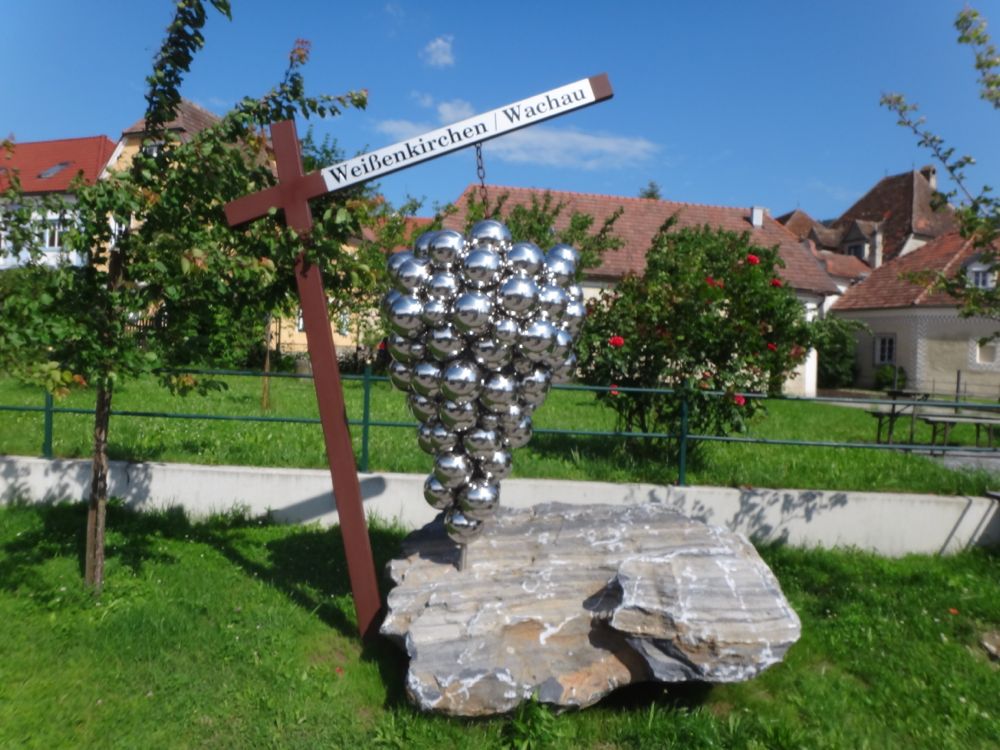 This part of the cruise was so scenic, I invite you to just sit back and enjoy the view:  I’ll be back as soon as you’re through.

It didn’t take long to exhaust the charms of Weissenkirchen; we had earlier sailed past an intriguing town with the name of 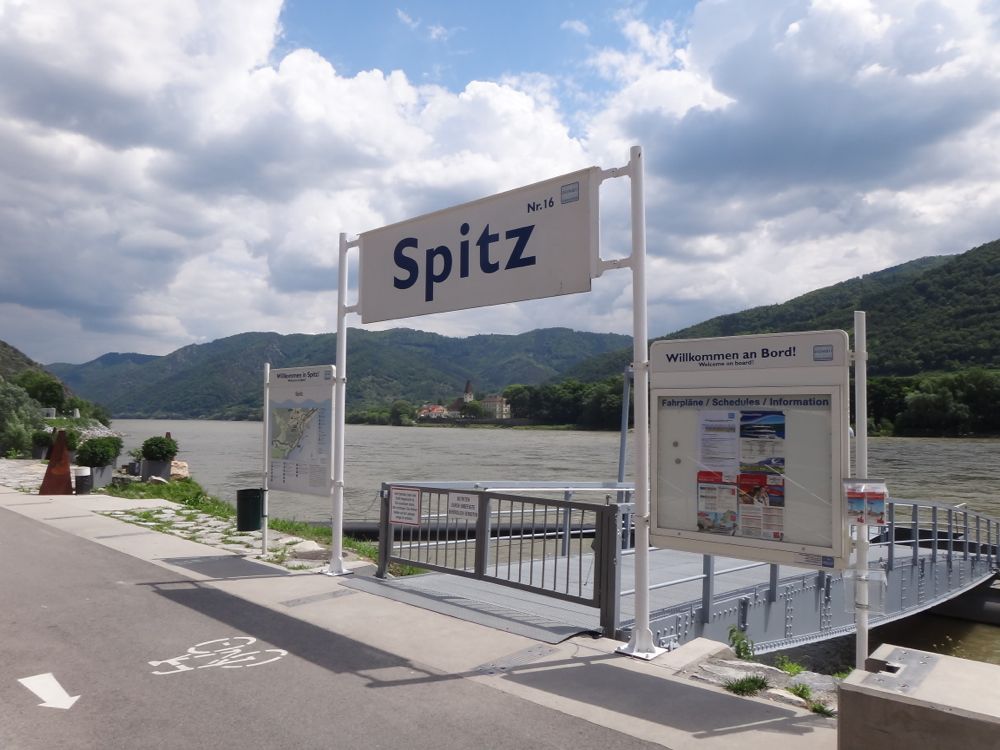 so I decided to bike there and have a closer look.  Pedaling alone along the Danube is a memory I’ll long cherish, along with the screaming Austrian who came rushing towards me, yelling many, many things in German.  I speak no German, but I’m certain that among the things he was saying were:  “Welcome, American lady!  Are you positive you are not Turkish?  Did you notice that there were NO other bikers on the path?  Are you an idiot?  Did you not see the signs indicating the bike path is further up the hill?  Do you wish to kill all the senior citizens in Weissenkirchen?  This is where WE walk.  This is not for you and your fast-pedaling bike, dummkopf!”  Or something like that….