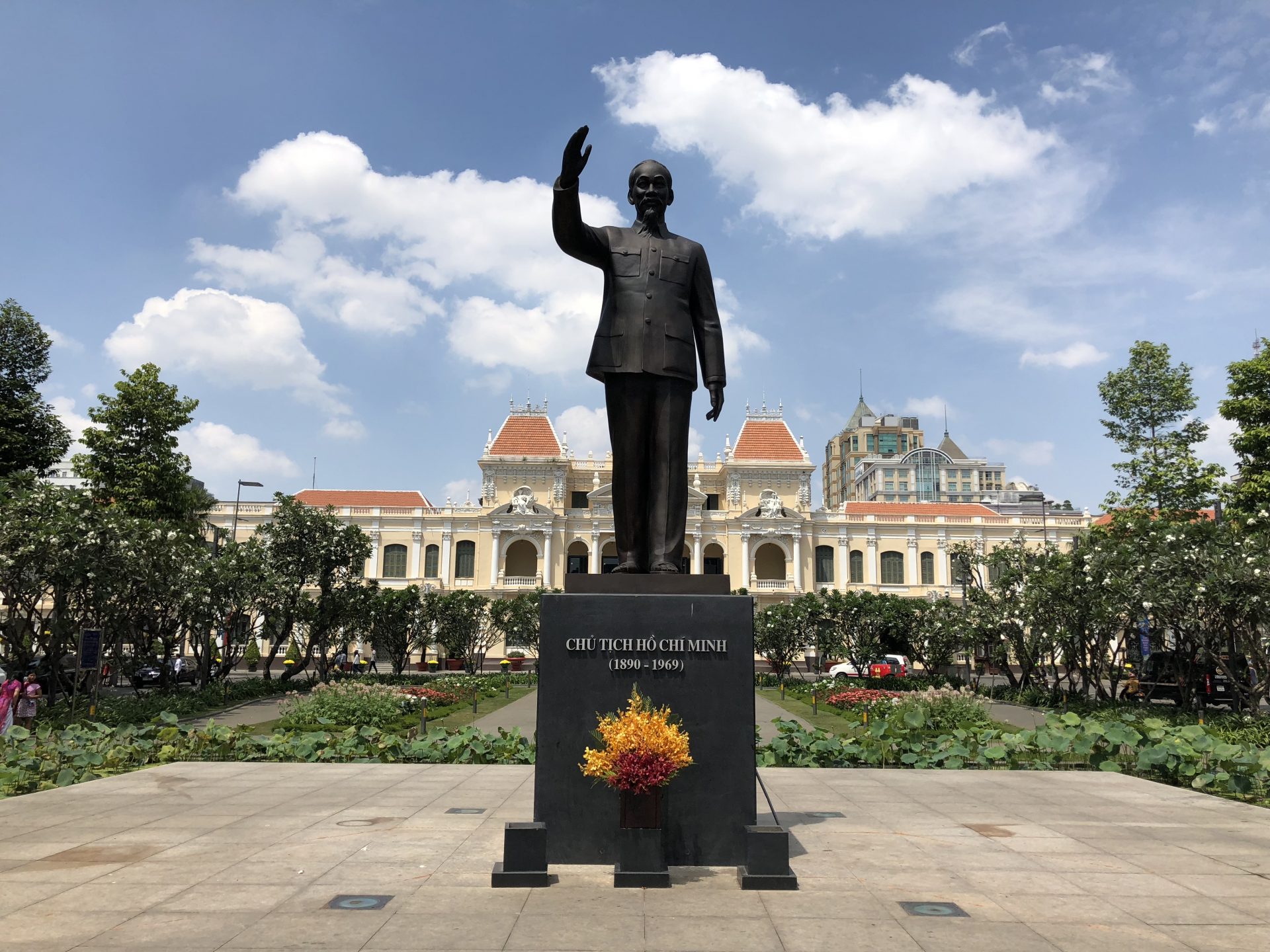 Just when you thought we were done with Saigon, we managed to squeeze another day in.  I’ll keep this short.  We spent the day IN the city instead of out in the ‘burbs and I know it will come as a complete surprise to find that the first place we visited was … a temple!  These are just a few impressions of Giac Lam Pagoda; if you’re an aspiring Buddhist and would like to see more photos, do let me know.   Privately.  For everyone else:  no more temple pictures, I promise.

The Reunification Palace, where communist tanks crashed through the gates on April 30, 1975 ending the Vietnam War, is on every ‘must see’ list.   The palace has little in the way of personality; its large rooms look poised for the next governmental function but reveal little of the drama that occurred in the 70’s and the high-level state functions that take place there even today. If you’re curious, this site is filled with pictures of the interior.  You can almost hear the echos in the empty rooms. 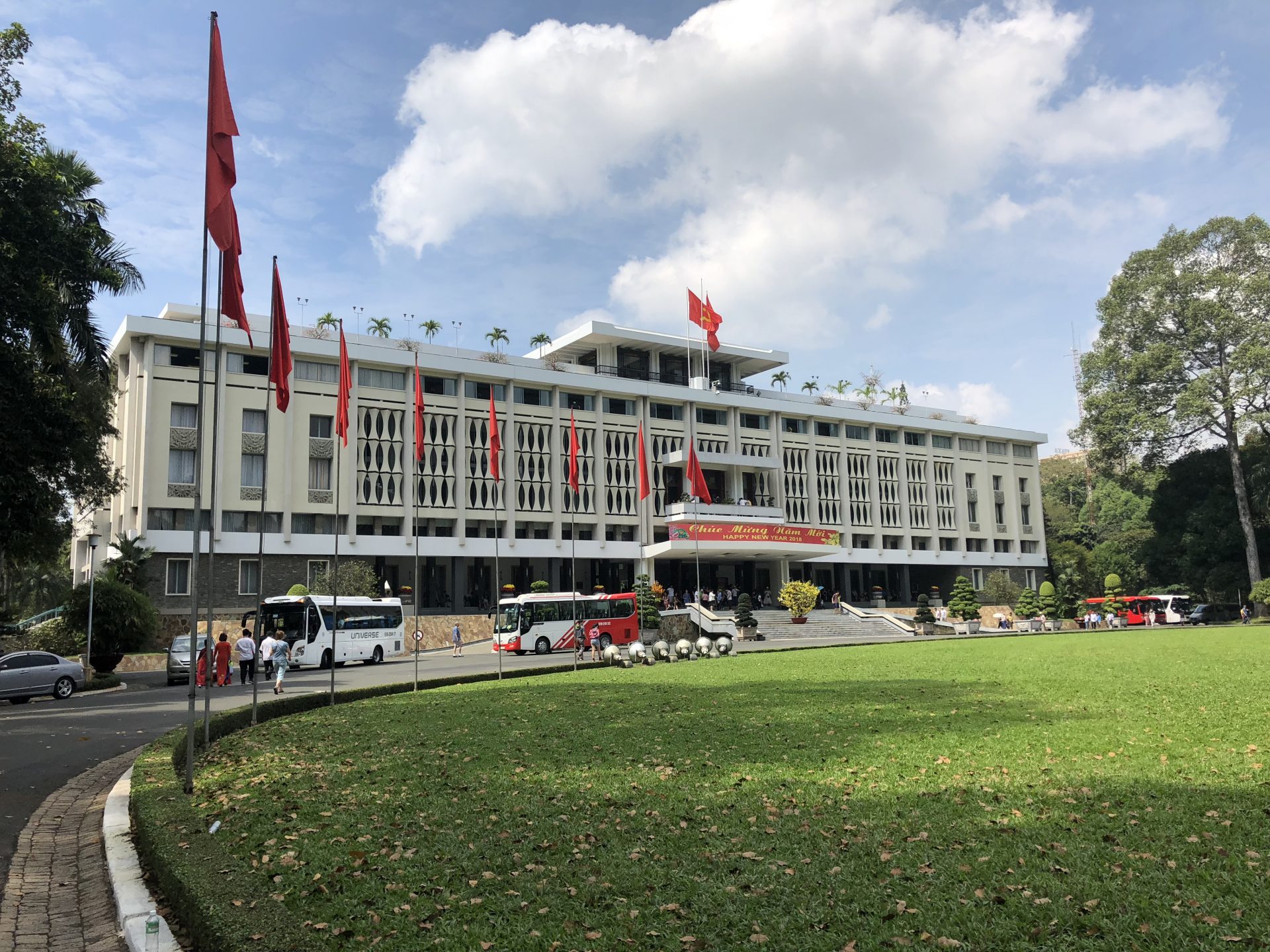 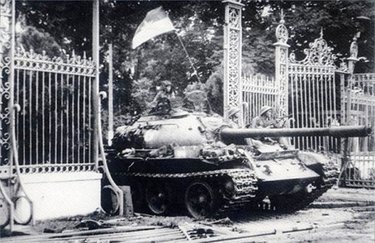 Returning to ‘real’ life, we learned that Vietnamese families tend to live together and do so, peaceably, by vertically increasing the size of their urban dwellings as needed.  Each floor represents a generation or a branch of the family.   Keep in mind that there are no elevators in these homes.

Daily life in the city seemed to be a swirl of motorbikes and scooters zipping past a cacophony of signs and small businesses from early morning til late at night.  The tales that you may have heard about the near-impossibility of crossing a street anywhere in Vietnam are true.  Scooters (and cars) will not stop at lights or crosswalks unless you’re BOLD and don’t hesitate.  Holding up your arm and stepping into traffic (and closing your eyes and screaming) seems to be the preferred pedestrian mode; we tried it (okay, it was 9 at night, but still… ) and it worked.  (However, we lost our nerve pretty quickly when we realized we’d have to cross that same busy intersection AGAIN, so instead of continuing on to our destination, we decided, since luck was with us, to cross it again and go home.  And I’m here to tell the tale.)  Here’s a little taste of the streets of Saigon:

This last little tidbit made me laugh.  I noticed that there were security guards stationed at the door of every business we passed.  I asked our guide if there was a shoplifting problem in Saigon.  “Not at all”, he replied.  “Five years ago, the best friend of the governor started a security business and since that day, there have been guards in every store.”  “Do they DO anything?” I pressed.  “No, they’re just decoration.”