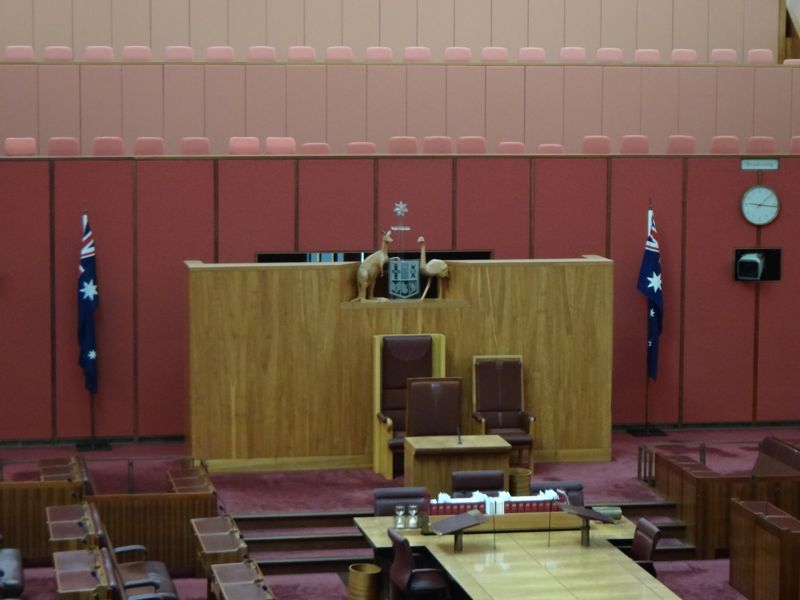 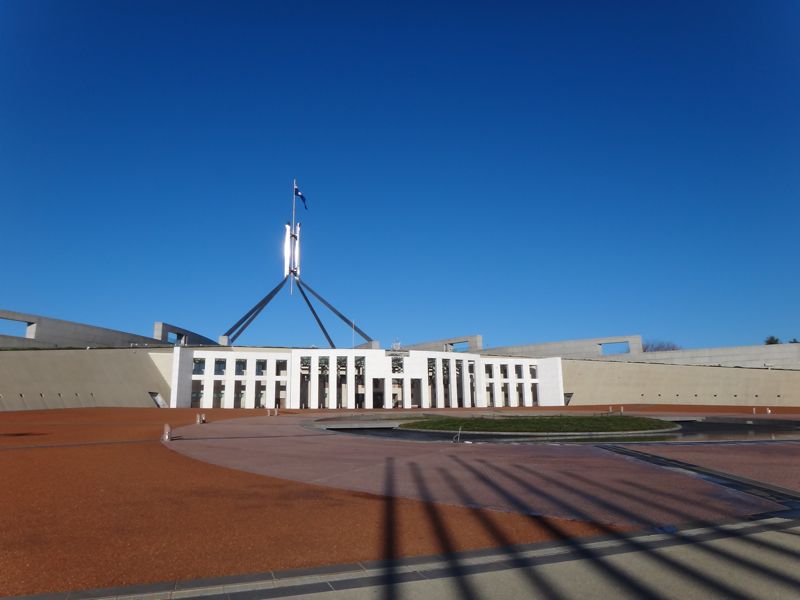 The capital of Australia is Canberra, a new and gleaming city that was chosen because of endless bickering between Sydney and Melbourne about ‘who was the prettiest’.  In 1927, Parliament said, ‘enough of this!’ and plopped themselves down in the middle of … not too much.  (Seems to me that Sydney won; the capital is only 3 hours away by car.  If you had an issue and were mad enough to complain to the PM, you could still be seething by the time you got there.  However, Melbourne is 7 hours away, so you’d have to pack a lunch (or stop at one of the many delectable bakeries that can be found in every small town along the route) and all of your oomph would be gone by the time you arrived.  Advantage:  Sydney.)

A very distinctive suburb of Canberra is Yarralumla, where more than 80 foreign embassies are located.  Driving around it was like being at Embassy Epcot; each country represented by their distinctive architecture; each building embodying some aspect of their culture, lines of people waiting to get in.  As is our wont, we drove directly to the US Embassy and clapped and blew the horn – just seeing the ol’ Stars and Stripes can give you quite a thrill when you’ve been away for a month.  Times being what they are, you can barely see any US embassies anymore.  They’re heavily fenced and gated and there are always security cars at the perimeter.  Nonetheless, inside, some successful and very friendly fundraiser is dispatching issues of great import between the two nations.  We tried really, really hard to imagine what the US Ambassador (Jeffrey Bleich, Ambassador Extraordinary and Plenipotentiary.  Look it up.) to Australia must do, besides revel in a very plum assignment.  Not that there aren’t newsworthy events in Australia. One of the upcoming and much ballyhooed news items was PM Julia Gillard (did you even know who Australia’s PM was?) taking questions, “Meet the Press”-style from the nation’s high school seniors.  On national TV.  During prime time.  Wow. 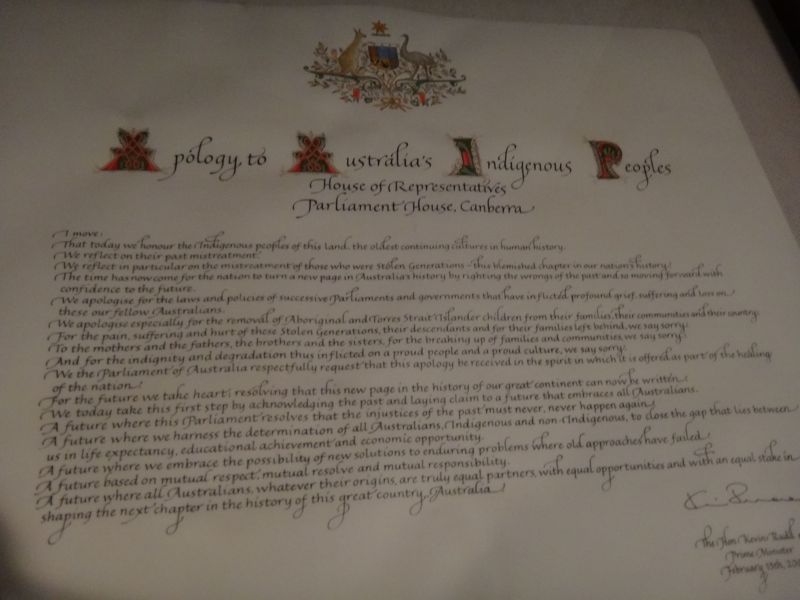 We took a quick tour of Parliament early Sunday morning – fighting our way through the crowd of six that had swarmed the entry at opening.  It’s new and impressive and contains a 1297 Inspeximus copy of the Magna Carta along with the official Apology to Australia’s Indigenous Peoples (above) (which was a nice gesture. I hope that made up for everything.)  Keen analysts could have predicted the recession by noting that this Magna Carta was devalued from $40M to $15M in 2006. 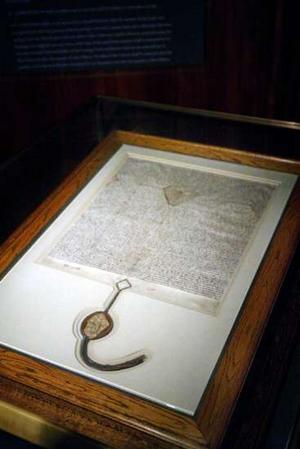 (Well, there are 4 in existence, after all.  How much could an earth-shaking document from the 13th century be worth, anyway?  Let’s put this in perspective: Hugh Jackman earned $20M for “ The Wolverine”.) 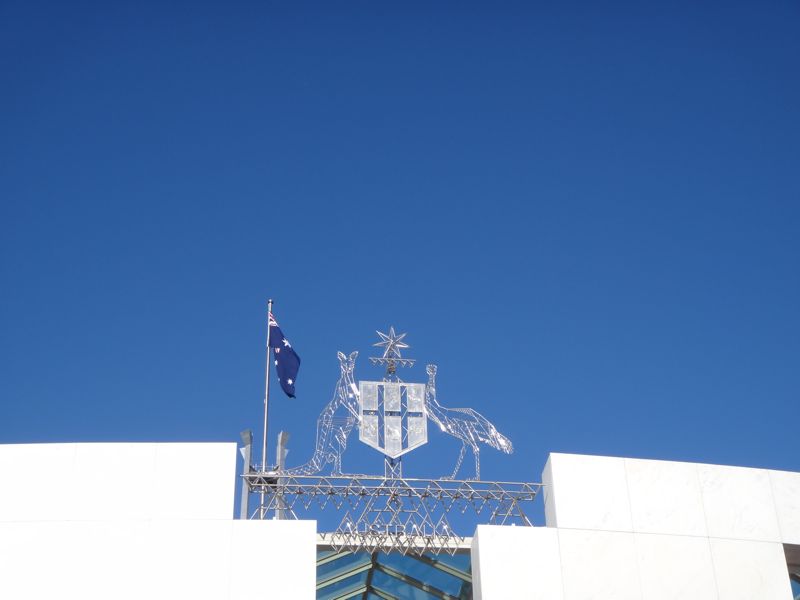 This, as you probably know, is Australia’s Coat of Arms (as interpreted on the top of Parliament Building).  A native pointed out to us that Australia is the only country that eats the animals that are represented on its national crest.  I loved that there is a wooden kangaroo and a wooden emu on the dais where the President of the Senate sits.  It’s either an inspirational symbol of the work that needs doing for the greater good or a reminder to go have lunch.

A few more impressions of Canberra….