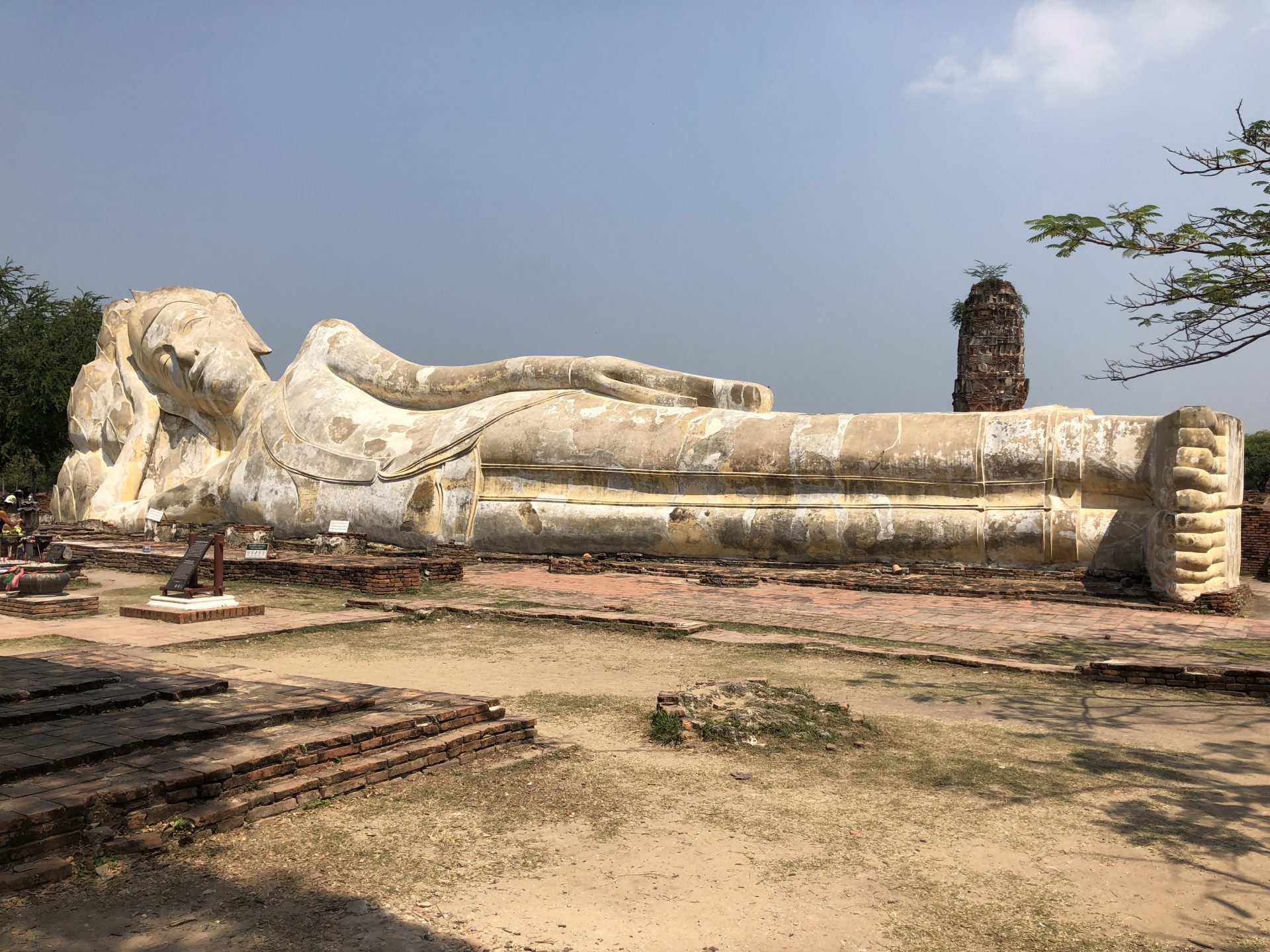 I know, I know.  The photo above does not scream “Thailand”.  (Well, it doesn’t scream “Italy” either.  Maybe it yells “empty film set”.)  After a relaxing 26 hour trip from Los Angeles, with only one missed connection, we arrived at Bangkok International Airport at the refreshing hour of 3 AM.  As you can see in the photo below, the airport was nearly deserted. 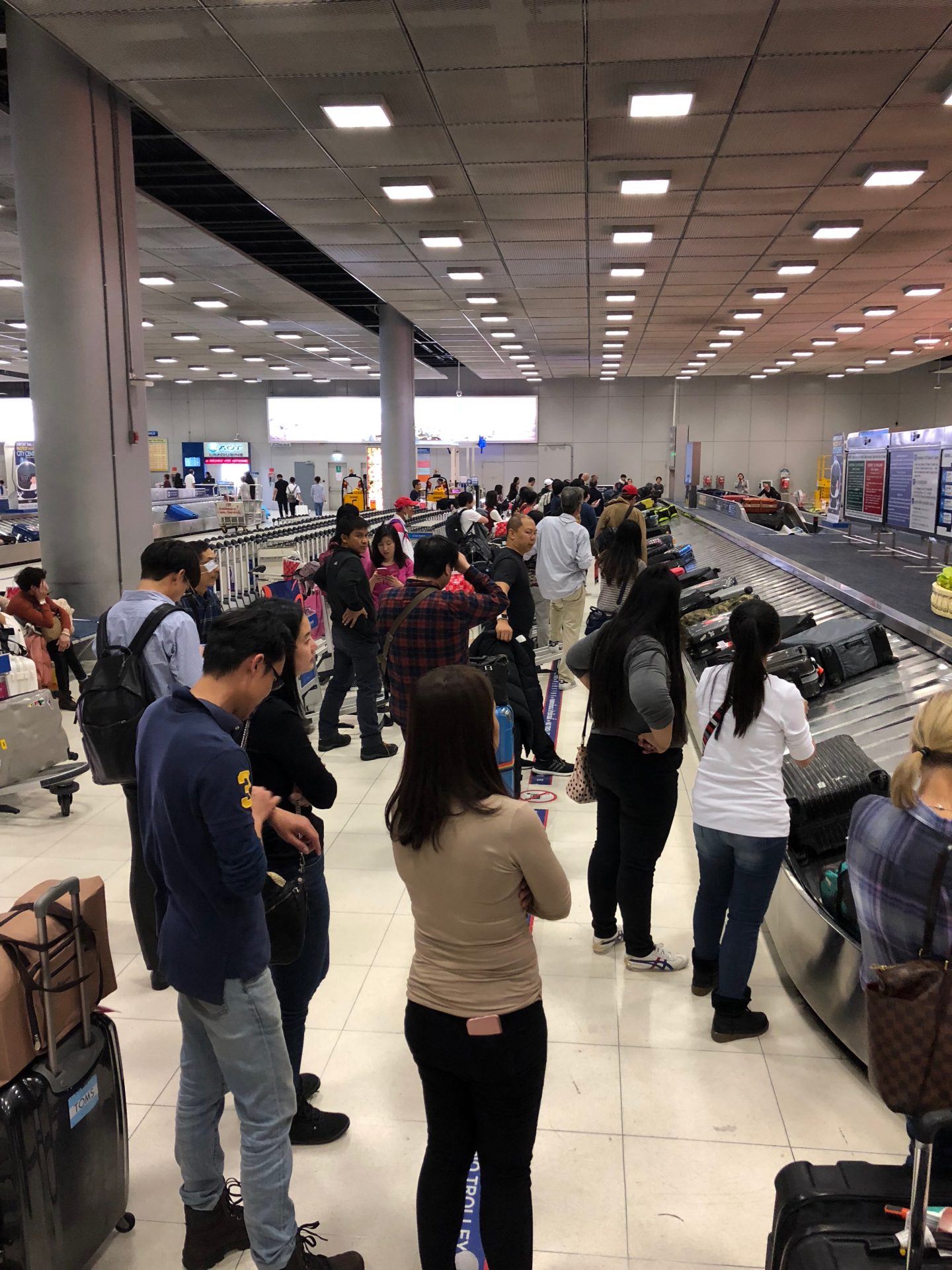 After a restful 3 hours sleep, we drove (we were driven… we’re goofy but not crazy!) to the beautiful Thai resort of Toscana Valley, (photo at top) a sliver of Italy in the central plains of Thailand.  (Why is there a slice of Italy outside Bangkok, you may ask?  We do not have the answer to this question.)

Due to the beneficence of a dear friend, we were invited to spend a week in THIS glorious house

with THIS glorious pool

and enjoy the many delights of the Khao Yai area.  (Khao Yai is a National Park wherein live tigers, elephants, monkeys and bears.)  We didn’t realize we’d also be enjoying the creations of Ying, a talented Thai cook, who made meals that surpassed any meal we’ve ever had in a Thai restaurant in America.   A live-in cook!  We’re Oprah now.

Full of green curry and papaya salads, we hit the ground running on Day 2.  An elephant ride is ‘de rigeur’ when in Thailand.  I was fantasizing straddling one of those fantastic beasts as we meandered through a tropical rainforest; she and I forming a human-animal bond because of my deep love for elephants and her quickly evolving love of me.   Well… reality intruded.  Here’s us, astride: 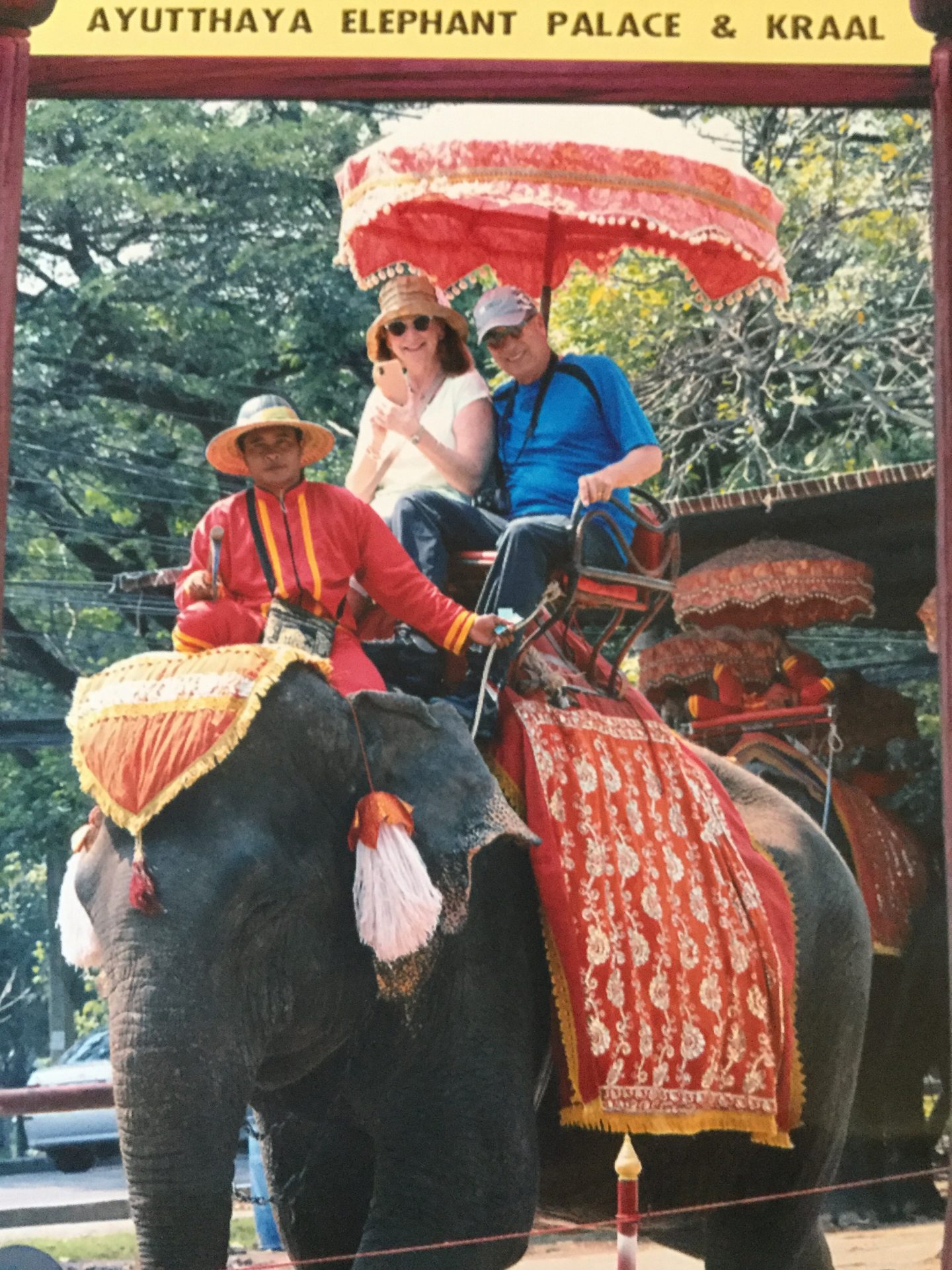 Yep, it’s the ‘typical’ tourist photo, snapped by the waiting photographer/paparazzi, available for purchase at the end of the ride.  As you can see by the tiny sliver of car in the background, this was no rainforest.  The elephants ambled along a crumbling sidewalk (I marvelled at their ability to dodge potholes, broken planks, all manner of detritus) in a ‘park-like’ setting for a 15 minute ride.   The 20 elephants seemed happy enough (how does one judge elephant happiness?) and they had plenty of food (bananas and corn, masses of both) and water.  (If you look closely, the elephant appears to be squinting.  You know how one scrunches up ones face when picking up something particularly heavy?  You can deduce the rest.)  It was a strange and bouncy quarter of an hour and the experience cost 12 American dollars.

The Elephant Ride is in the city of Ayutthaya, which is the ancient capital of Siam (about 1 1/2 hours outside Bangkok).  It’s a city of marvelous temples, most of which were left in ruins by the Burmese in the 18th century.  And no one’s cleaned up since. 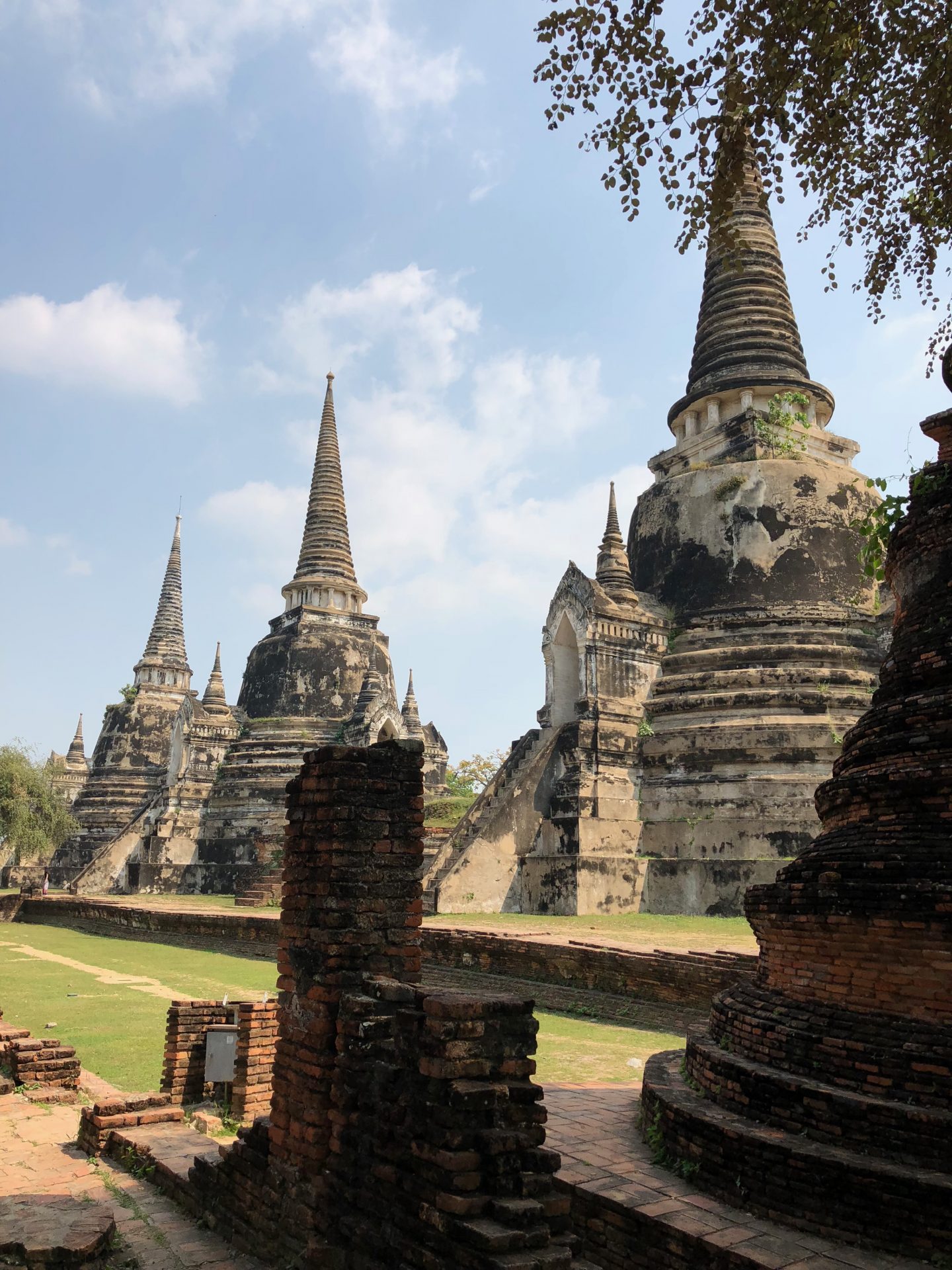 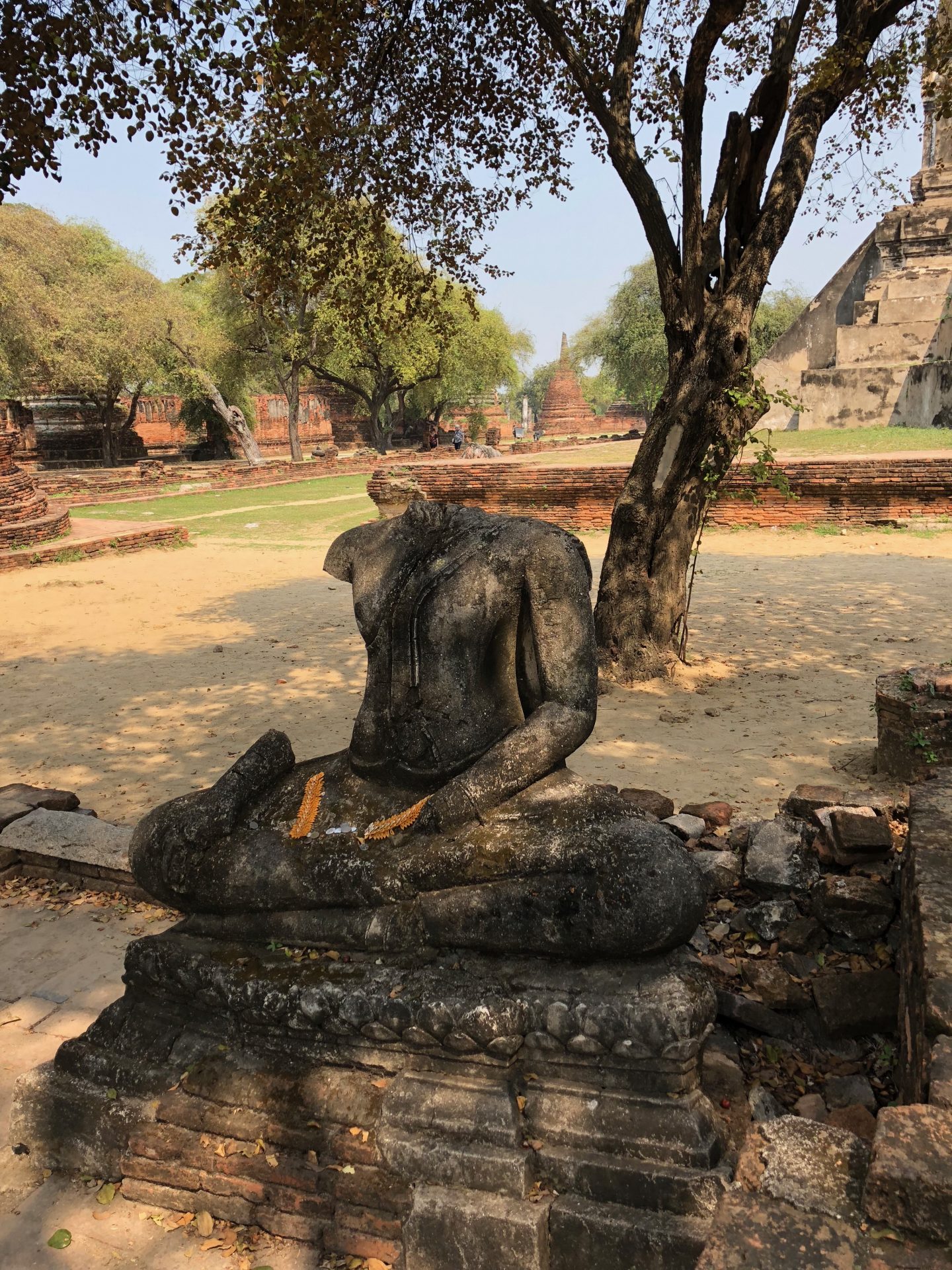 We were told to expect monks.  We women were also told NOT to touch them, not even to accidentally brush up against their robes and to bow a bit more deeply when greeting them with the ‘wai’ (hands in prayer in front of your face while bowing).  Visions of serene and contemplative male figures were at odds with the monks we saw at Ayutthaya – talking on cell phones, smoking cigarettes and running up and down the ruined temple stairs.  (As you can see, one of the monks is accessorizing with a bit of blue.) 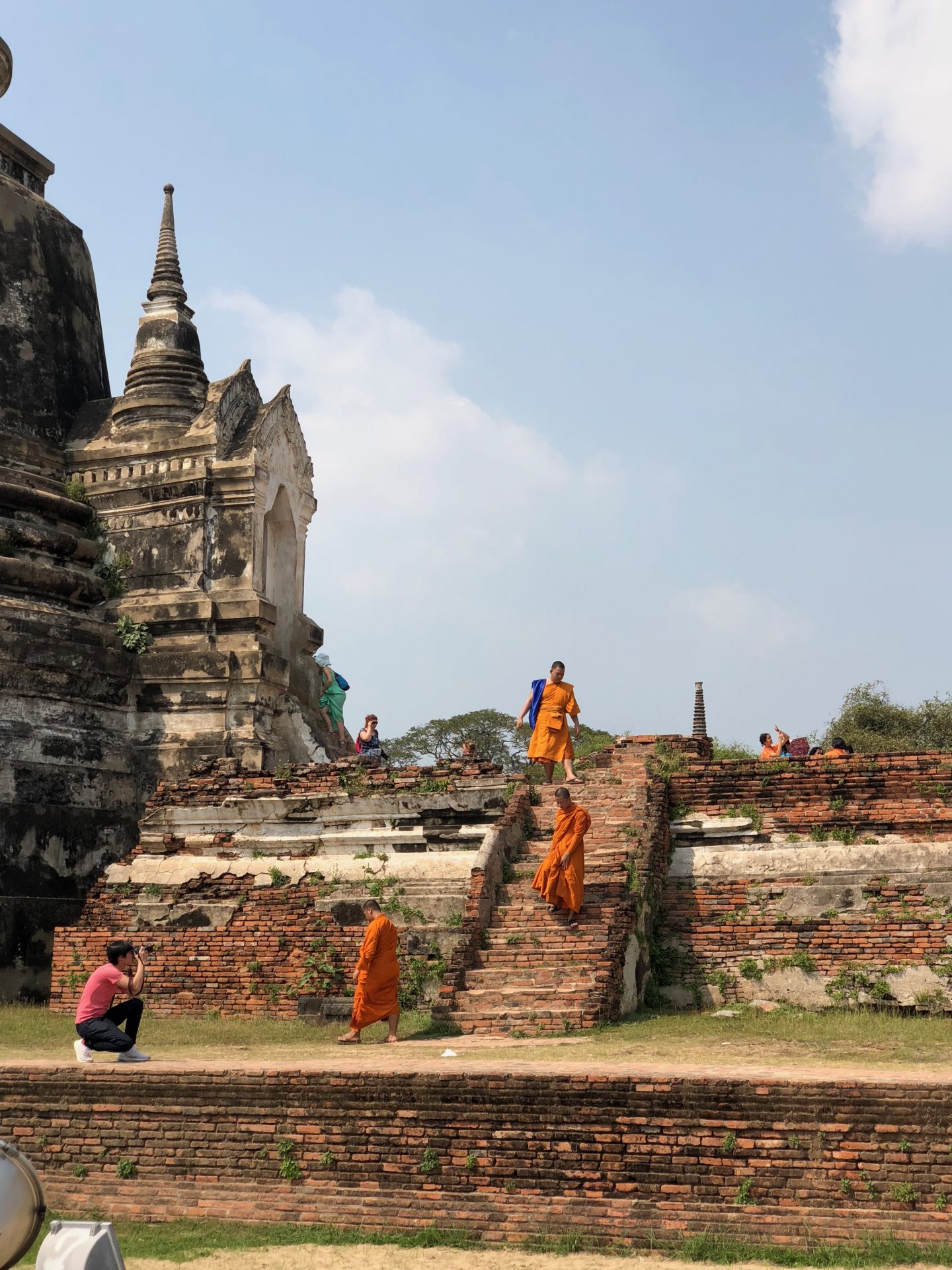 On our last full day in Toscana Valley, we booked a guided tour of Khao Yai, the National Park.  One of the very first things we had to do was don ‘leech-proof socks’ for our nature hikes.  As you can see, they are quite fashionable and sure to catch on during Fall Fashion Week.

Despite quietly trekking through acres of tinder-like jungle (the monsoon season begins next month and it is dry, dry, dry) and having to halt abruptly and freeze position as our guide pretended to hear some big (or little) game, the only thing we saw lots of was this:

Some other wondrous scenes found within the 770 sq. mile park: 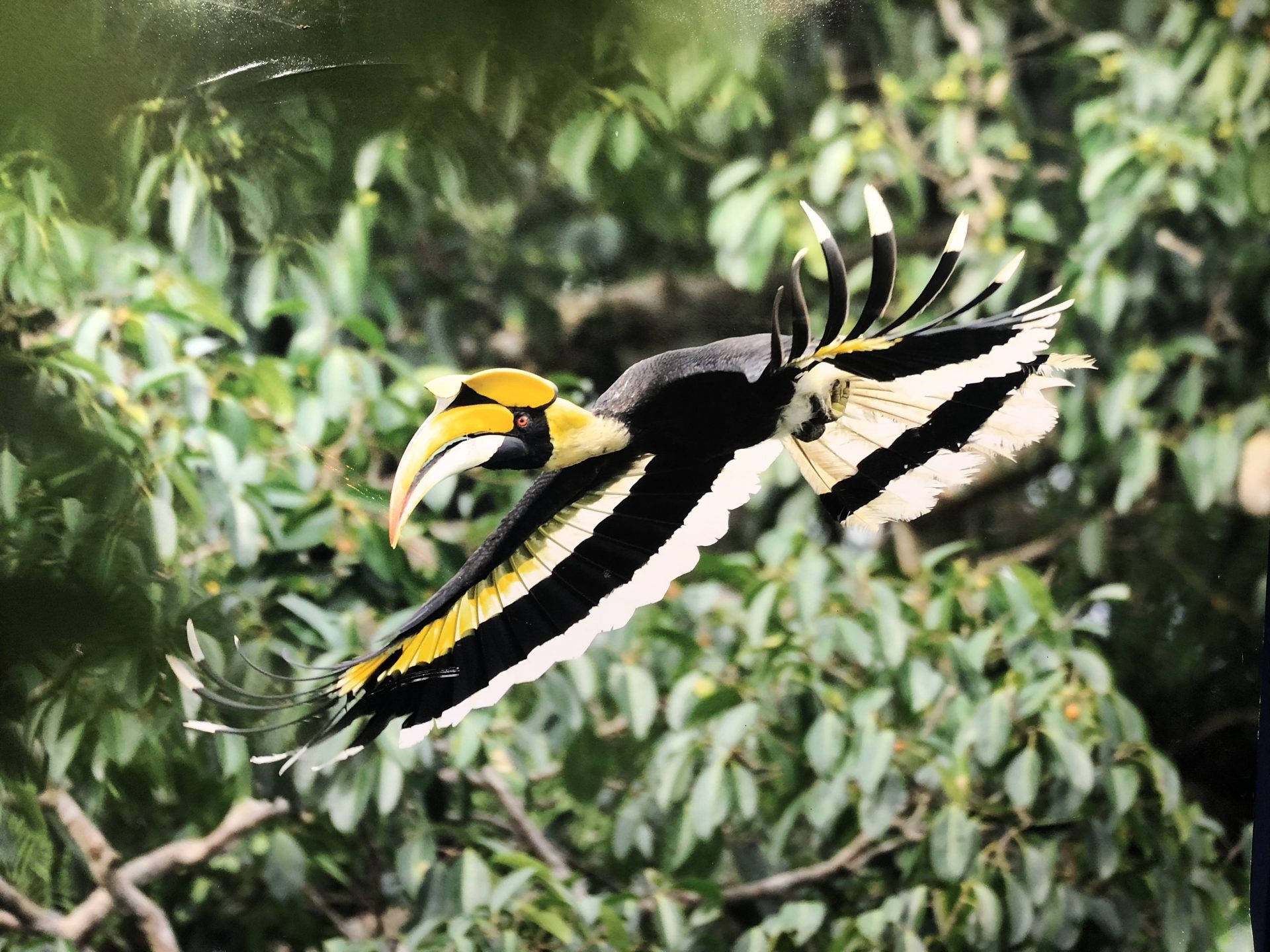 right from the exhibit at the Nature Center.  (We actually did see a pair of these birds in flight – the noise from their wingbeats was impressive.  They’re HUGE!)