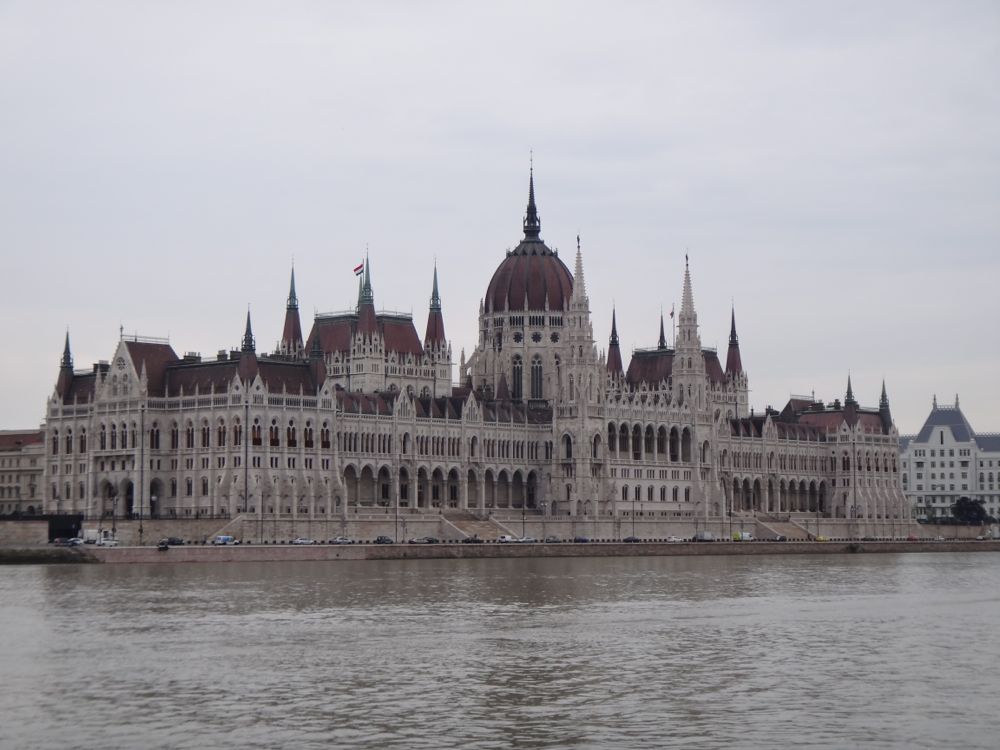 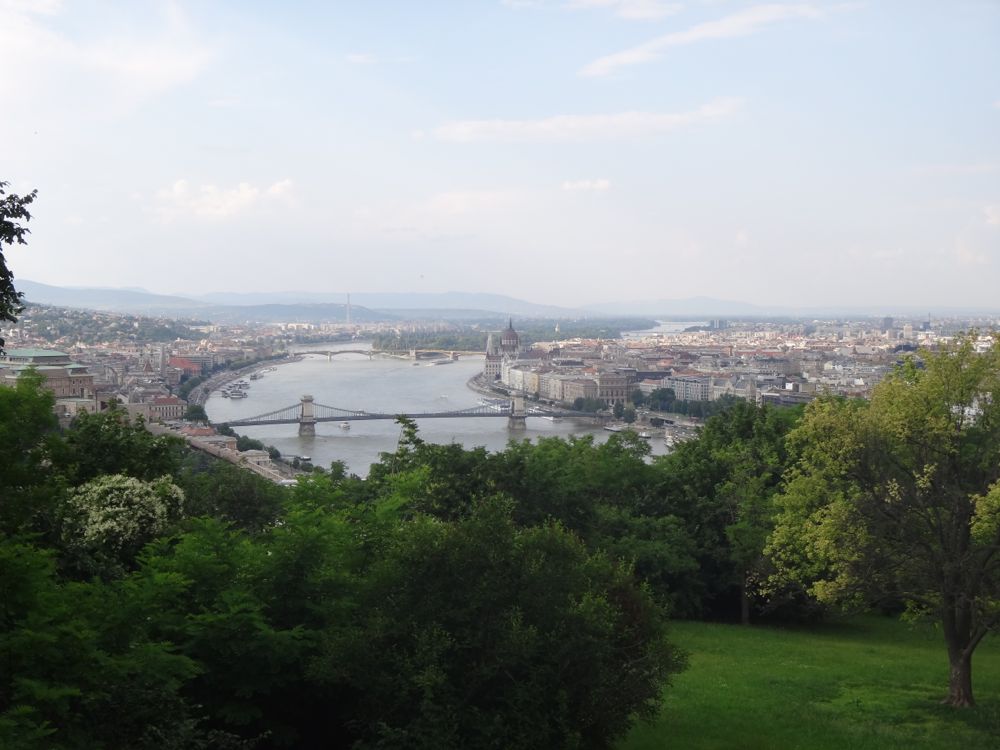 The end of the trail, um, cruise.  We sailed into Budapest in the early morning and were captivated by the two cities, Buda and Pest, as they straddled the Danube in their timeless elegance.    The river was crowded with other cruise ships, flotillas of tourist boats, the occasional commercial craft and us.   But even the floating masses didn’t detract from the sublime architecture lining the river’s banks.  The wedding-cake-like Parliament, Buda Castle, Fisherman’s Bastion – familiar sights from every travel poster and movie set in Eastern Europe, but so jaw-droppingly lovely in person.  Our ship made one long trip down the Danube, reversed course and docked.   Our final destination.

Everyone alighted for a little Budapest touring.  We had signed up for the “Do As The Locals Do” tour, which included navigating our way around town on the subways, trams and buses (apparently the locals spend most of their day on public transportation); a visit to an authentic neighborhood market where no photos were allowed (thus protecting their top-secret sauerkraut recipes and their radical way of stacking strawberries.)   Finally, a stop at a patisserie for a mid-morning coffee and a bulging piece of cake or two.  Our tour guide admonished at the outset that there was no way we would be mistaken for locals (even though we were doing as the locals did)  – and that my shoes were the dead giveaway (as she pointed to them).  This was a strange observation; I’d purchased the shoes in Amsterdam, so I guess all the locals would assume I was Dutch.  And run screaming in the other direction?

The neighborhood market was multi-storied and bustling and true to her warnings, our whole group was stared at. (I didn’t see anyone looking at my shoes.) It could have been because she was a tall blonde carrying a large Uniworld sign on a stick who appeared to be talking to herself (because of the Vox box).  She was the most interesting part of the tour.  When we tried to board the subway, she warned us not to adhere to our ‘American manners’.  “Just push and shove, knock old ladies down, whatever it takes.  Just get on the subway.”   The quiet and orderly morning commuters looked the tiniest bit terrorized as our group of American tourists pushed our way onto the subway like a conquering horde. All we lacked was a battle cry.  She was right – we’d NEVER be mistaken for locals.

After our victorious subway ride, our guide shared that she sought out the ‘unique’ in Budapest and liked exposing visitors to things they wouldn’t normally see.  We proceeded to a tiny pocket park where we gazed at a building that had the words “Molnar es Moser” etched on it.  Then we went for coffee.

Our ship would stay docked in Budapest for two days, a particularly nice amenity for guests who were flying directly home at the end of the cruise.  Before the final dinner, we hied ourselves across the nearest bridge to get a view from the land.

Later we found a market where photos were not prohibited (same sauerkraut and stacked strawberries.  Go figure.)  The Hungarians make it very easy for tourists to buy transportable souvenirs as every stall was piled high with paprika.  You could find the occasional sausage, but for the most part, paprika.  In every packaging iteration imaginable.  There can’t be enough goulash in Hungary’s history to require ALL that paprika.  We could have bought lifetime supplies of paprika for every person we’d ever met.  Ever.

After dinner, on our last night on The River Empress, the captain took us on a moonlight cruise down the Danube while the lights of Budapest lined the banks like guests at a wedding.  A very romantic and dramatic ending to a fairy-tale two weeks in Europe. (Full disclosure:  the two weeks ended two months ago.  I’m a slow writer.  So shoot me.)

Some other highlights from Budapest:

Oh no!  You’re not done with me yet!  The trip continues…