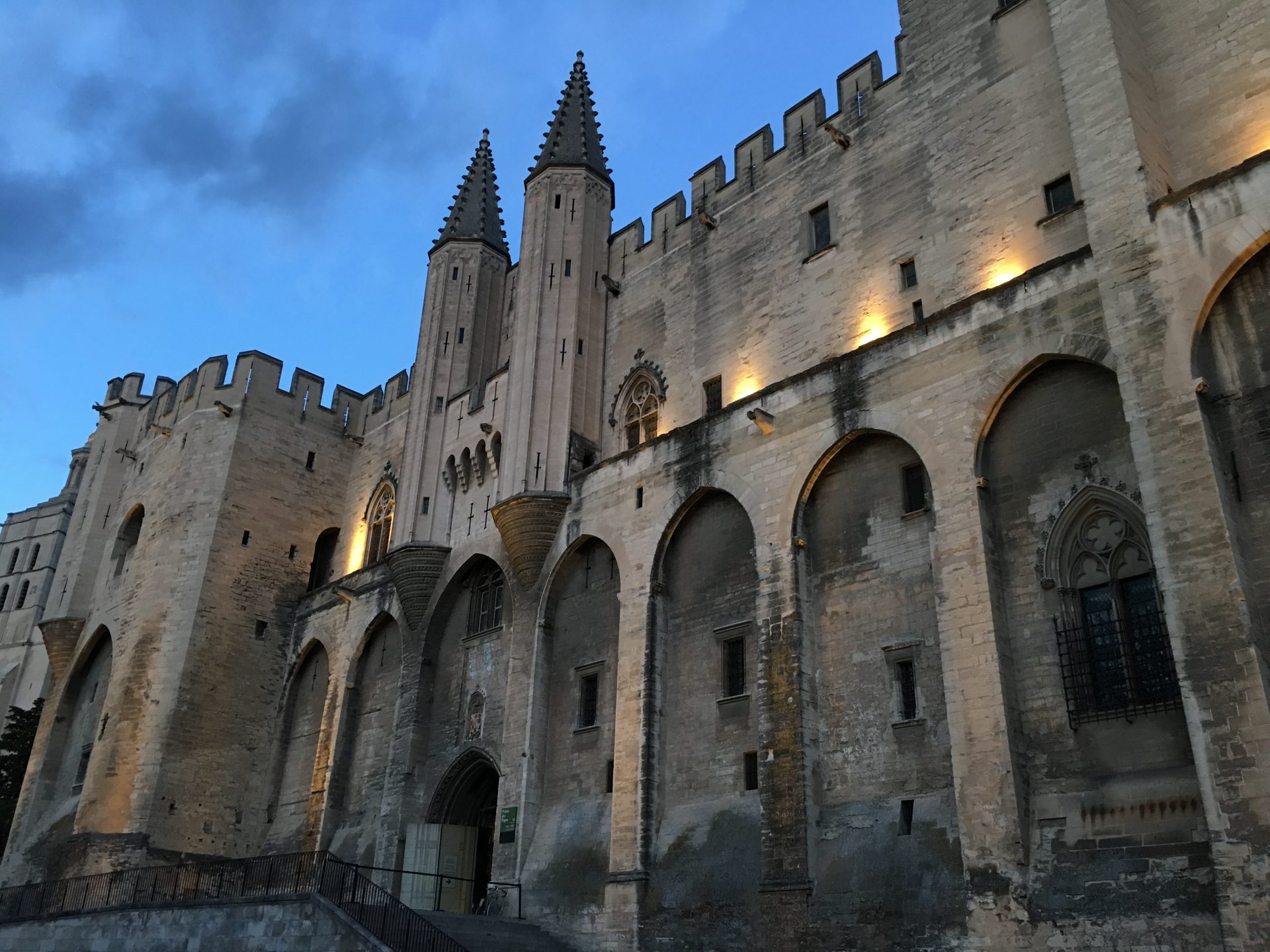 The penultimate stop on our cruise was the city of Avignon – home of the “Multi-Pope Experience”.  (Surely you all remember when the Catholic Church had an Italian Pope AND a French Pope?  The years 1378 to 1403 must have been some fun with two men claiming infallibility.). Despite the ecclesiastical confusion, the French popes put some serious money into building their Palais des Papes (the Italian popes probably did a bit of remodeling at the Vatican, just to keep up appearances).

Today, the Palais is empty (apparently there were some hard feelings on the part of the Italian popes and they put everything on Craigscroll (get it?  Scroll?  Because it was the 1400’s?), but you can wander around the vast empty rooms (except for this one with these disturbing sculptures in it)

and put as much enthusiasm as possible into viewing a few fragments of original tile flooring or being fooled by a barrel vaulted wooden ceiling which is actually made out of concrete (completed in the last century) of which the French are very proud.  Good for them!

After an invigorating morning at the Palais, we (pseudo-foodies that we are) decided to visit the local Les Halles, Avignon’s food emporium.  (So, I learned that the correct pronunciation for “Les Halles” is NOT ‘less hall-ays”, but “lay – all”. See?  Now you don’t have to embarrass yourself (as some others, unnamed here, did).)  While small, it was still a visual treat!

Another fun landmark to visit in Avignon is the Pont de Benezet, a bridge begun in 1177 by a shepherd boy (I’d fact-check this, if I could).  It was destroyed during the crusades in 1225 and rebuilt only to fall down every time the Rhone River flooded.  Exasperated with the whole ordeal, the town fathers decided to abandon it.  Now it’s a World Heritage Site.  Let that be a lesson to you. 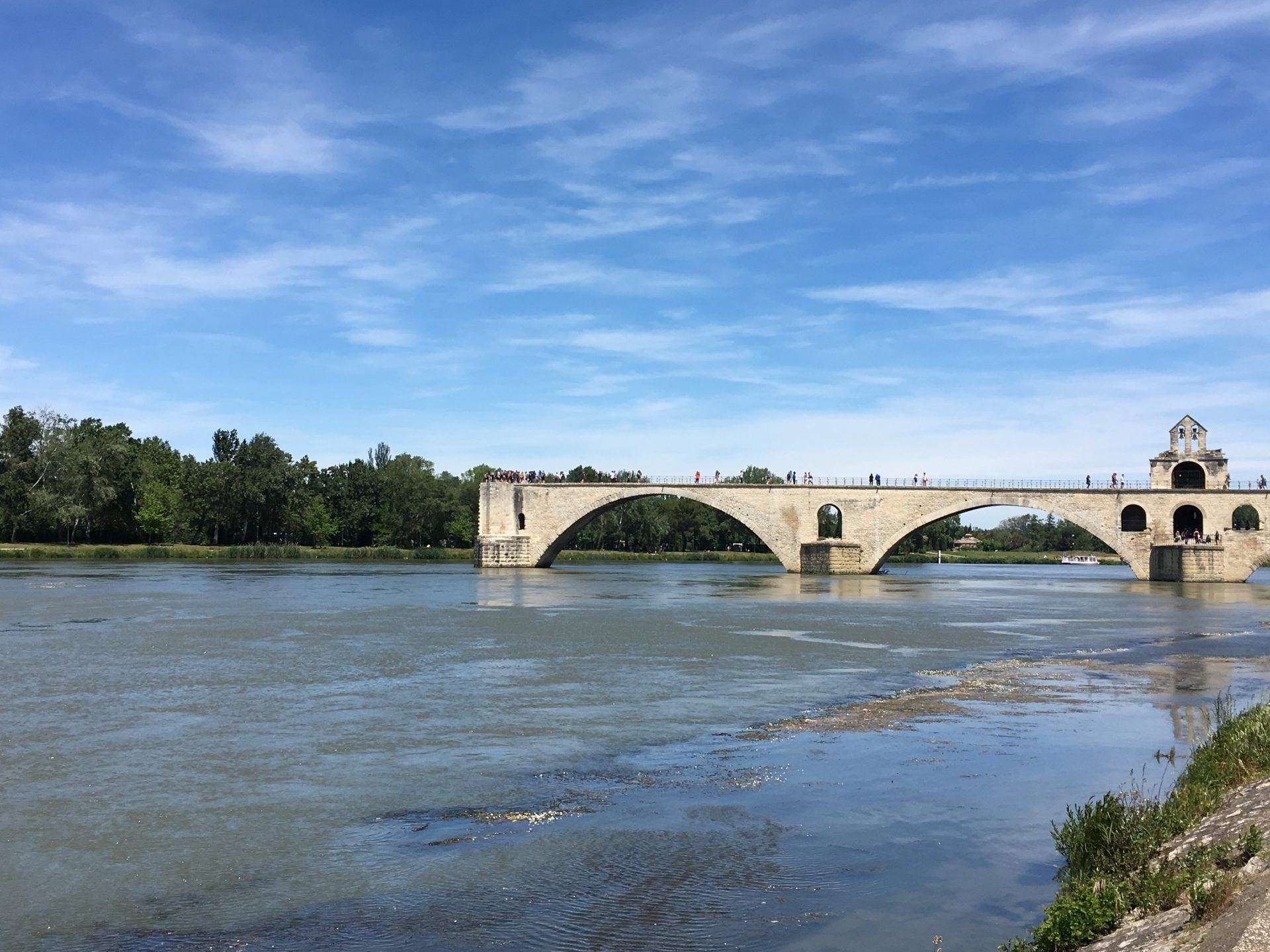 A bit of glamour on the ship at the Captain’s farewell dinner (interesting timing, because neither the captain nor the passengers were departing for another 36 hours.  It was a long goodbye…) 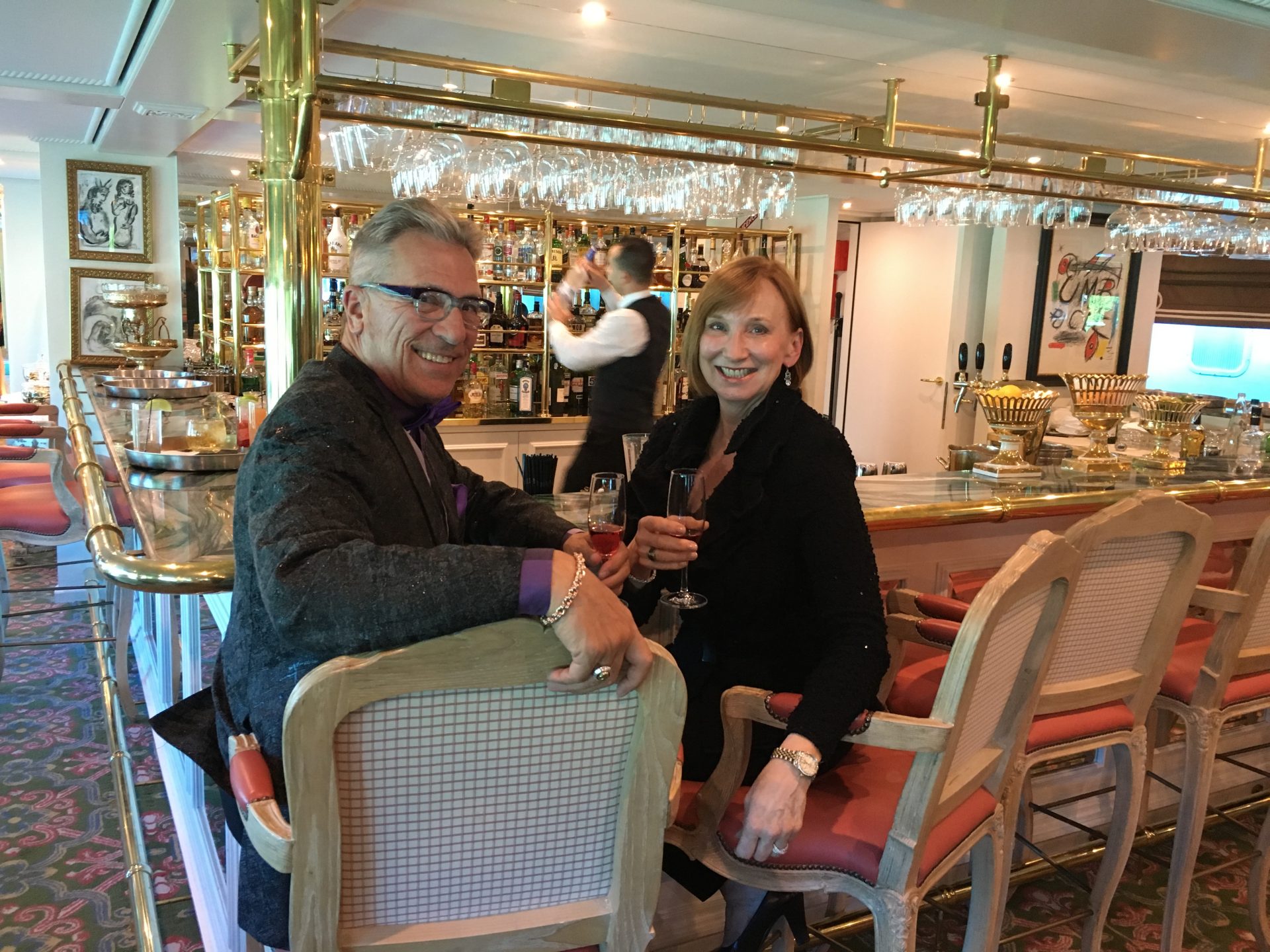