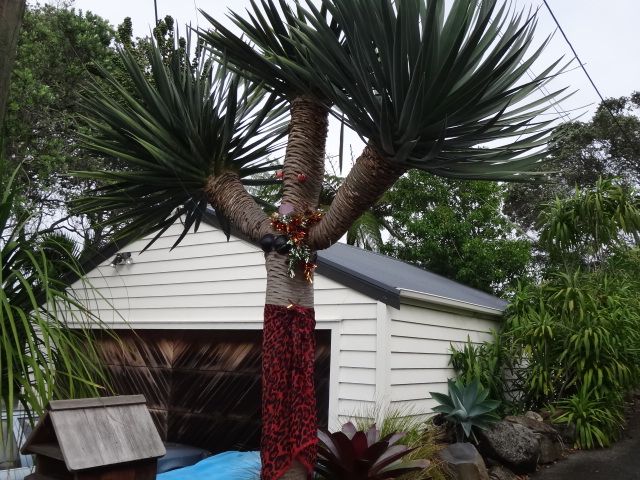 The canopies should have been our first clue. Jutting out from every building, covering every sidewalk and plaza, permanent canopies shade the daily life of the Kiwi in Auckland. I use the word ‘shade’ judiciously; we’ve heard talk of that distant orb in the sky but we’ve not seen hide nor hair of the sun since we arrived on New Zealand’s (very damp) soil. So, the canopies did a reasonable job of protecting us from the unremitting rain as we attempted to tour Auckland.I realize that inclement weather tends to shade (there’s that word again!) my impressions of a place, but even the rain couldn’t hide the abundance of noodle shops, internet cafes and derelict dairies (like an American corner store) that dotted most of downtown Auckland. The city felt like it wasn’t quite ready for company; the few interesting buildings could have used some landscaping and sputtering efforts to rescue some historic structures and transform them into events centers seemed to be lacking enthusiasm. Still, the city has a busy harbor and is the ‘boat ownership capital of the world’, so the waterfront maintains a lively and vibrant air.

We were surprised to discover that Auckland is subtropical, but as typical Americans who know very little about geography outside of the USA (and let’s not have a pop quiz here to put that little statement to the test), we’re surprised by the climate and topography of MOST places we visit, which just adds to the fun (and our general unpreparedness). It’s autumn here and the trees are turning (mid-April is equivalent to our mid-October), but there is something disconcerting about seeing a flame-red deciduous tree serving as backdrop for gently swaying palms. (We were apparently lucky that the palms were only ‘gently swaying’. Auckland, like most of Western New Zealand, is frequently visited by gale force winds. They’re predicting 90kph winds tomorrow!)

Another surprise – we expected to find a much stronger British influence here; aside from Albert Park and a statue of Queen Victoria (both of which occupy a hilltop site at the very edge of downtown), the Maori culture predominates. All signage is in English and Maori; most streets, cities, parks and regions have Maori names. There is nary a pub to be found, but afternoon tea with scones and clotted cream can be had in most restaurants.

We made the strenuous climb up Albert Park hill to the Museum of Auckland and spent a few hours learning more about New Zealand and Maori culture. The nation seems very proud of its cultural diversity and liberal leanings (you have to love the first nation in the world to give women the right to vote!). I could literally fill a book with what I learned about Maori culture and art (thank goodness others have done so!) – considering that there have been people on these two islands for less than 1000 years, their achievements are considerable. From war canoes to painful facial tattoos, mummified heads to meeting houses (the focus of Maori social life) and their symbolism, there’s a lot to learn about.