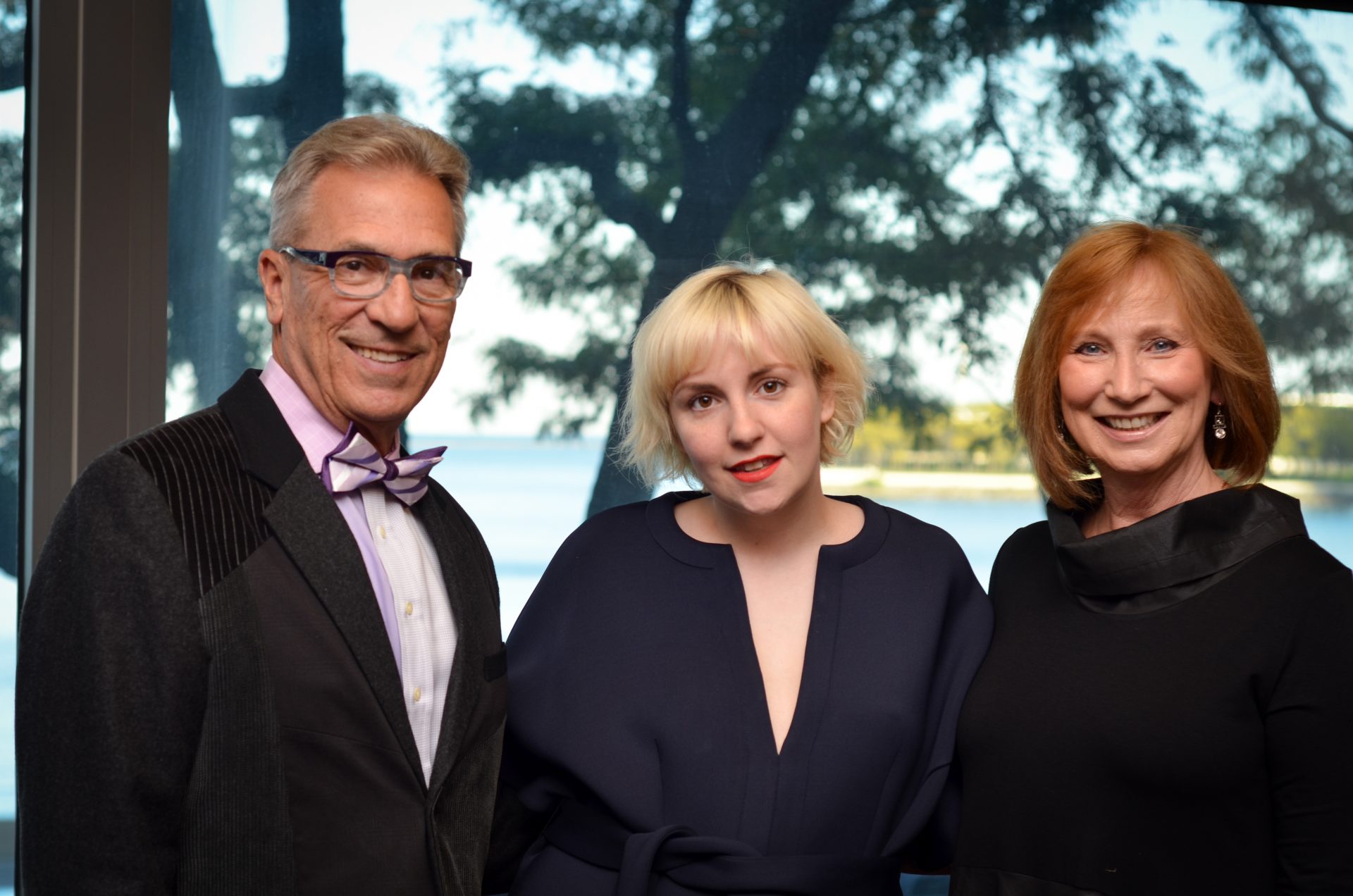 While dusting off my blog in preparation for tonight’s departure for Roger’s “Birthday Which Must Not Be Named” celebration in Germany, I found this unpublished blog post. It should probably remain unpublished, but I’m shameless enough to post it now – mostly as fair warning that more musings are on the way.  You might want to take this opportunity to disable your subscription.  Or not.

These events are from summer/fall of 2014:

Shameless name drop #1:   We’d first arranged a short trip to London when we learned that John Roberts, the Chief Justice of the United States Supreme Court (did I need to tell you that?), would be teaching a two week course at Roger’s law school’s summer program.  We thought it would be intriguing to attend his “History of the US Supreme Court” lectures, if only to see if he knew his stuff.  (Turns out, he did.)  A few weeks before the trip, we were asked to submit a photograph to Mr. Chief Justice’s administrative assistant; we figured it was probably for security purposes and didn’t give it another thought.

The first day of class finally arrived, and Mr. Chief Justice entered the room without fanfare (although  two security attaches lingered nearby.  We assumed they were Secret Service, but they weren’t the kind of fellows you engaged in small talk:  “So,  you Secret Service, or what?”   “Bang.  Bang.  Bang.”    The 84 first year law students sat in stupefied silence (or well mannered respectful silence – it can be hard to tell the difference) as he assumed the podium.  In the first five minutes of his lecture, he began asking questions –  to our collective horror AND amazement, he looked directly at students and called each of them by name!  (So THAT’S what the photos were for!).  Sitting safely on the sidelines (terrified that he might accidentally call on one of us), it was riveting to watch the students anticipate their turn in the hot seat.   When MCJ (takes too long to type Mr. Chief Justice) briefly stumbled on one student’s name (c’mon, he’s human.  Probably.), the poor kid couldn’t remember HIS OWN NAME.  One can only imagine the thrill of being a young, hopeful, innocent aspiring attorney (I may have just invented this person) having an opportunity to impress (or even just to interact with) the Chief Justice.  And then forgetting your name. Most of those kids will never again be in the same room with any Supreme Court Justice, let alone the Chief.   It was a mesmerizing performance .. by all involved.

The gregarious and charming secret service guys (“Stand there!”  “Stop here!”  “You sit!”  “DO NOT TAKE ANY PHOTOS!”) helpfully arranged all the students so I could take this photo.  (can’t get me now, can you SS??)  If you peer closely at the photo with a magnifying glass, you can see John Roberts sitting right in the middle, with the light-colored pants on.  (It’s very hard to take an iphone photo with your knee.) 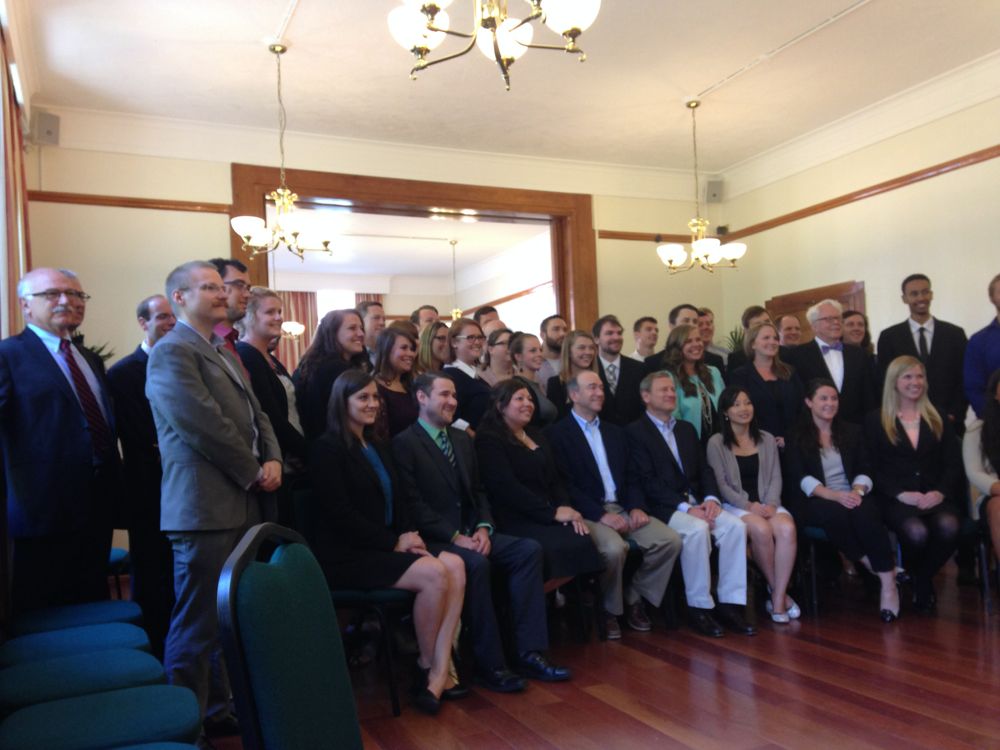 Shameless name drop #2:  The next night, we attended a play titled “The Commitments”.  If you’re heading to London, book tickets NOW!  If this ever tours and comes to your town, book tickets THEN!  It was one of the best evenings of theater we’ve ever experienced.   Adding to the evening’s fun was the presence of Stanley Tucci, sitting directly in front of us, on his feet dancing throughout the second act (as were we all) with his 3 good-looking, but not bald, children.

Shameless name drops #3 and 4:  We stayed at The Ritz in London.  I can recommend this hotel without reservation.  (Unless you’re planning to stay there.)  The hotel is probably best known for their afternoon tea:  finger sanwiches, pastries, scones, pots of perfectly prepared tea and foot massages by uniformed servers (maybe memory has embellished the experience a bit) in an unparalleled setting. (Lots of gilt and mirrors.  It’s like having tea at Versailles. Or in a very upscale Fun House.)  One morning, at breakfast, who should be sitting at a table nearby but Anna Wintour, the editor of Vogue magazine.  (And the inspiration for the lead character in “The Devil Wears Prada”.) I quickly reviewed what I was wearing (OMG!) and tried to hide behind three napkins and a tablecloth.   She had on the single most beautiful suit I have ever seen.  And huge jewelry.  And stilettos.  At breakfast.  She was adorable.  Guess what I wear at breakfast after seeing Ms. Wintour?  (That’s right – my jammies!)

Shameless name drop #5:  The play “Skylight”, starring Carey Mulligan (The Great Gatsby) and Bill Nighy (Love Actually, The Best Marigold Hotel) opened on the West End.  Despite a poor dear coughing out a lung behind us (note to poor dear:  STAY HOME when you’re sick.  PLEASE.), the play was engaging and smart, and is on Broadway now.  (Seeing Bill Nighy in person was, to me, much more fun than being terrorized by MCJ.)

Shameless name drop #5:  The stellar concierge at The Ritz arranged for us to visit “Highclere”.  Here are some photos.  If you don’t rcognize this house, you need to watch more PBS.  (Taking a cue from MCJ’s secret service, no photos are allowed inside the house.  If you’re interested, I can do some sketches.)  And yes, it looks exactly like it does on “Downton Abbey” (now I’ve given it away) except that it is filled with portraits and photos of the family (the Carnavons) that actually lives there.  The sixth Earl of Carnavon discovered King Tut’s tomb and tradition holds that he was cursed by it.  (Yes, sadly, his family now has to endure the millions of dollars being generated by allowing their home to be used on TV.)  There were some artifacts in the basement but not a trace of Carson, Mr. Bates, Daisy or even a kitchen.  The Tut stuff was interesting if you could suddenly switch gears from ‘English Upper Class Fantasy Land’ to ‘Tut Tomb Leftovers’ (all the good stuff tours the world in museum shows). 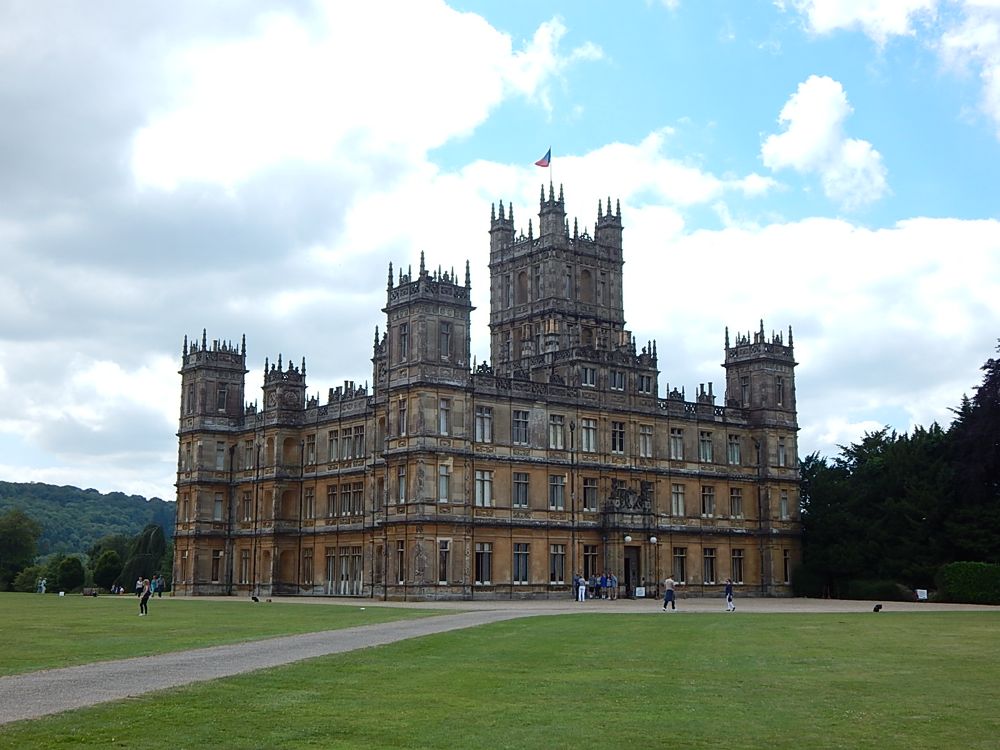 Shameless name drops #6, 7 & 8:  If you’re reading this anywhere near Chicago, do yourself a favor and click this: “Chicago Humanities Festival” and get tickets for the spring events:  Nick Offerman, Judd Apatow and Azis Ansari.  (And if you don’t know who they are, learn.)  Through our association with the CHF, we had the thrill of sponsoring Lena Dunham, Wallace Shawn and Paula Poundstone last fall.  And if you don’t know who those people are, we can’t be friends anymore.

Shameless shamelessness #1:  My altar to Lena Dunham (and her bracelet, which I admired and which she sent to me the day after her appearance) 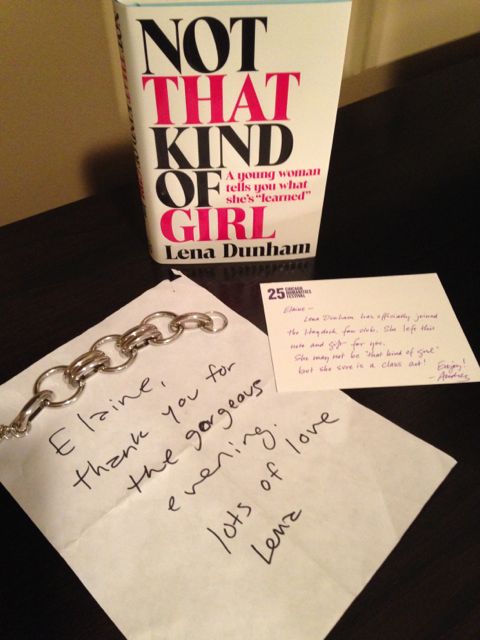 We’ll be at the Festival in the Fall (typically late October/early November).  Do yourself a favor and bookmark the festival, then come see the inspiring programs and events (and us!) before the holiday rush.

And, a parting Shameless photo:  Hugh Jackman on the streets of New York in November 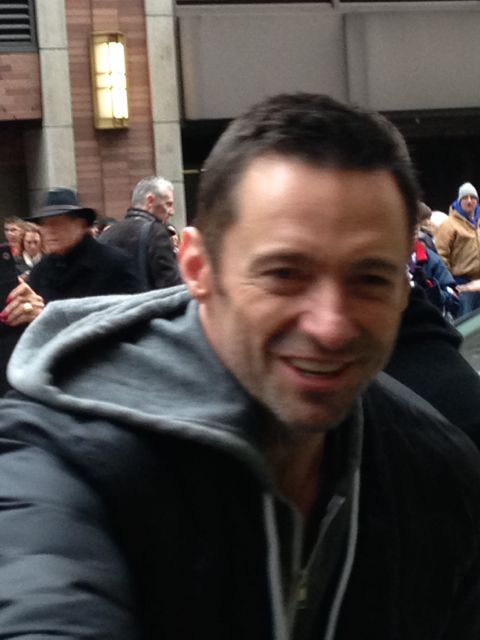